The video is a collection of upbeat Sesame songs, with a framing sequence involving a game show hosted by Elmo. His contestants are Mary, Mary's little lamb, and Mr. Johnson (who's just waiting for a bus to Cincinnati). Elmo asks some questions and then shows a video clip from Sesame Street as a clue. Whoever answers has to jump on a trampoline and ring a bell. 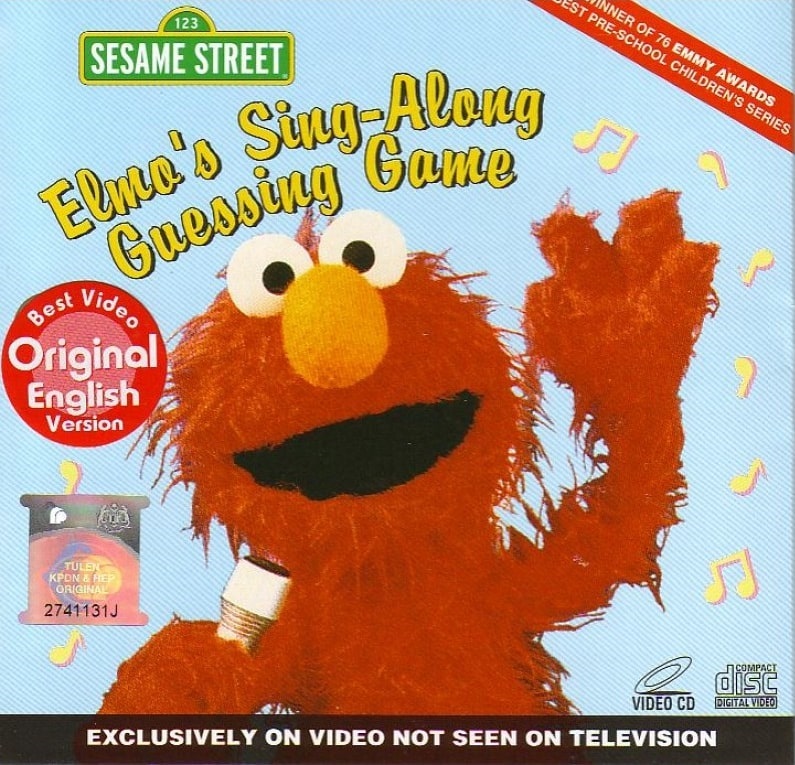 Australia (DVD)2008
Madman Entertainment
Part of the Singing and Dancing DVD boxset, along with Get Up and Dance and Kids' Favorite Songs.
SES102 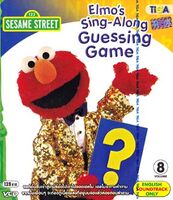 ThailandDVD
TIGA
Add a photo to this gallery

Retrieved from "https://muppet.fandom.com/wiki/Elmo%27s_Sing-Along_Guessing_Game?oldid=1208490"
Community content is available under CC-BY-SA unless otherwise noted.