Elmo rettet Weihnachten is the German dub of the Sesame Street special, Elmo Saves Christmas, of which two versions exist. The first dub aired in 1999 on NDR.

The special was posted on the show's official website in December 2012. In this second version, Elmo's voice was re-dubbed by his current Sesamstrasse performer, Martin Reinl. This dub was released on DVD the following year, November 29, 2013. 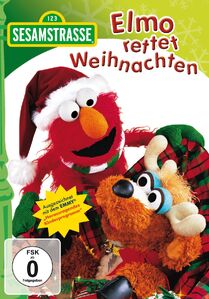 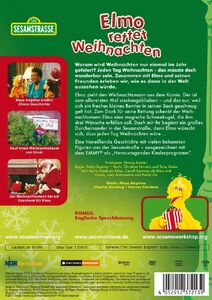 DVD (back cover)Edel Germany GmbH, November 29, 2013 (2012 dub)
Add a photo to this gallery
Retrieved from "https://muppet.fandom.com/wiki/Elmo_rettet_Weihnachten?oldid=1295713"
Community content is available under CC-BY-SA unless otherwise noted.