Jim Henson's Emmet Otter's Jug-Band Christmas, retitled Jim Henson's Emmet Otter in its second run, is a stage musical adaptation of the 1977 television special Emmet Otter's Jug-Band Christmas. The show first opened on December 7, 2008 at the Goodspeed Opera House in East Haddam, Connecticut and ran until January 4, 2009. The show was developed by Goodspeed Musicals and the Jim Henson Company. The show returned to Goodspeed for the 2009-2010 season; running from December 5th to January 3rd.

The production features a mix of live actors and stage puppets built and refurbished by the Jim Henson Company. Paul Williams returned to write four new songs just for the stage adaptation, and finished "Born in a Trunk" which he originally started for the television special.

In addition to the extra songs, other changes were made in adapting the musical from the television special. Some are minor, such as merging Yancy Woodchuck with the fruit stand owner; while the most significant update is that of a framing device added by way of two new characters, Russ and Jane, a contemporary father and daughter who read the storybook together one Christmas Eve. In a move similar to The Wizard of Oz and Labyrinth, Jane ultimately finds herself within the context of the story itself. Another new character is Madame Squirrel, something of a leader for the acrobatic squirrel characters that appeared in the special (they themselves having been upgraded to more scenes for the stage version as well).

Opening night of the show included attendees Jane Henson and Jerry Nelson (Nelson having been the original puppeteer for the title character), and the Goodspeed Opera House went on to honor Paul Williams with the Goodspeed Award for Outstanding Contribution to Musical Theatre in 2010.

For the second run of the show, the show's title was changed, and shortened, from Emmet Otter's Jug-Band Christmas to Jim Henson's Emmet Otter.[1] The script was slightly reworked for this run: instead of Jane becoming a part of the story, she remains a separate character. "Trust", a new song written for the stage version, was rewritten to be sung by Emmet instead of Jane, although Jane sings a reprise of the song during a brief fantasy sequence when she tries to leave her house only to encounter the squirrels. To replace a moment in the original script where Jane gives up her spot in the talent contest to allow Alice to sing, a new character "John Deer" was created, who only manages to get on the stage before becoming frightened by the spotlight and running away.

A majority of the original cast members and puppeteers reunited for a one-night only concert at 54 Below in New York City on December 15, 2015, with Paul Williams and Marilyn Sokol in attendance. The script was further modified to completely remove Jane and Russ's subplot, though Kate Wetherhead (Jane) participated in the performance as the narrator.

The musical saw another revival in 2021 (again under its full title), running at the New Victory Theater in New York from December 10th through the 26th. The production was originally intended to run until January 2, 2022, but it was cut short due to the COVID-19 pandemic. An on-demand streaming option was also made available from December 17 to January 2. Christopher Gattelli returned to direct and choreograph the production, with puppet supervision by John Tartaglia and puppets by the Jim Henson Company. These include new puppet versions of Emmet, his friends, Ma, and Pa Otter (the latter being shown in puppet form for the first time).[2][3] As with the 2015 one-off performance, the 2021 production also omits the framing elements with the human characters, Russ and Jane, and instead features Doc Bullfrog as the narrator. The musical is scheduled to have a remount at the New Victory for the 2022 Christmas season.[4]

(In Order of Appearance)

Music and Lyrics by: Paul Williams
Book by (adapted for the stage): Timothy A. McDonald, Christopher Gattelli
Based on the Book by: Russell and Lillian Hoban 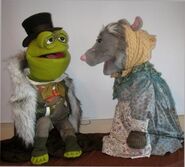 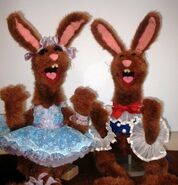 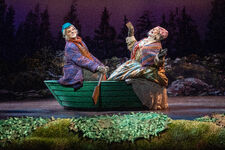 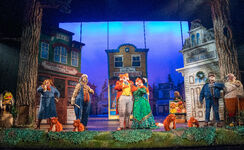 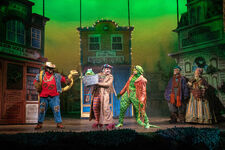 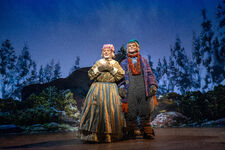 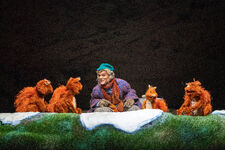 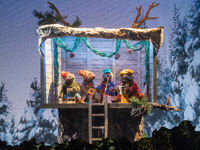 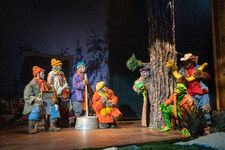 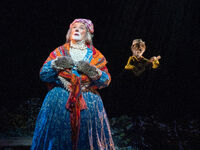 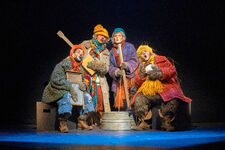 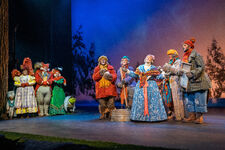