Emmy Rossum (b. 1986) is an actress and classically-trained singer performing since the age of three. She appears in a Word of the Day segment for Season 45 of Sesame Street, presenting the word "focus" with Abby Cadabby. Photos and videos of her day on the set (seen below) were posted to Instagram.

Rossum played Fiona Gallagher on Showtime's Shameless (with William H. Macy and Joan Cusack). Films include The Day After Tomorrow (with Dennis Quaid and Jake Gyllenhaal), the 2004 film adaptation of The Phantom of the Opera, and the 2006 Poseidon remake. She played a young Audrey Hepburn in a 2000 TV movie The Audrey Hepburn Story. 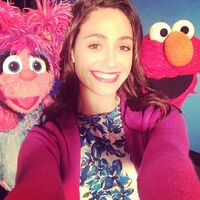 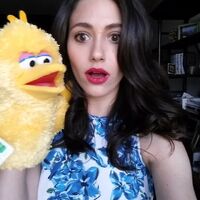 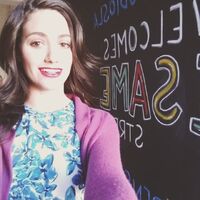 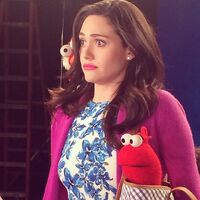 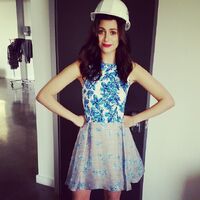 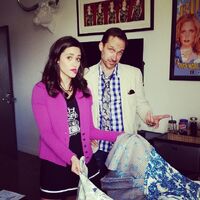 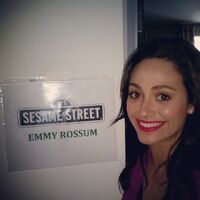 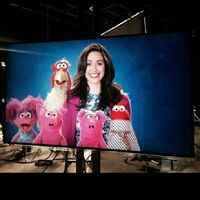 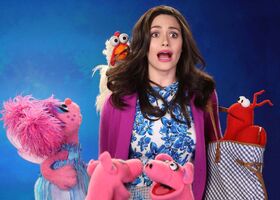 Add a photo to this gallery
Wikipedia has an article related to:
Emmy Rossum
Retrieved from "https://muppet.fandom.com/wiki/Emmy_Rossum?oldid=1160743"
Community content is available under CC-BY-SA unless otherwise noted.