Empire is a British magazine published monthly by German Bauer Consumer Media. It was published by Emap since its establishment in 1989 and focuses on movie premieres in the United Kingdom.

The February 2012 issue, the "Amazing 2012 Preview", features a 22+ pages section titled the "Muppets Special," promoting the British release of The Muppets. The issue itself was "guest edited" by the Muppets with images and commentary interspersed throughout.

Kermit the Frog and Pepe the King Prawn appeared on the Empire Podcast episode #16 on June 15, 2012 to promote the British home video release of The Muppets. During the interview, they poke fun at Elmo and do impressions of him. [1] 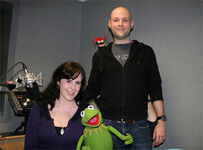 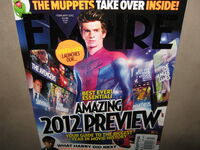 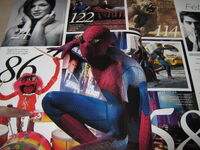 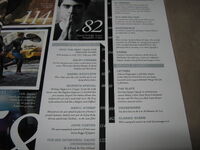 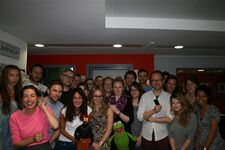 Muppets Most Wanted was featured in the April 2014 issue.

Once, the Tower of London housed traitors and condemned royals. More recently, it played hosted to the Muppets as they shot their latest epic, which plays out around Europe and as far away as a Siberian gulag. Read on to learn about Miss Piggy's wardrobe and the world's smallest car.

Wikipedia has an article related to:
Empire (film magazine)
Retrieved from "https://muppet.fandom.com/wiki/Empire?oldid=1261274"
Community content is available under CC-BY-SA unless otherwise noted.