Muppy, the favorite pet of The Muppet Theatre owner J. P. Grosse, becomes a prima donna when Kermit reluctantly allows him to do a musical number with Scooter. Muppy even gets his own dressing room and star billing, but Kermit draws the line when the dog asks to change the show's title to The Muppy Show. When Muppy locks himself in his dressing room and refuses to perform, Scooter does the number with Fozzie instead.

Episodes 101 and 102 of The Muppet Show were both shot as pilots in late January 1976, several months before regular production of the show began in May of that year. These pilots were never aired, and the episodes were reworked during the regular production window, but the final versions were among the last of the first season to air in certain international markets, such as France and Germany.

When the episodes were reworked, several sketches were abbreviated or cut entirely, and new footage was taped. All material featuring the guest stars, however, was shot during the initial production window, although on several occasions, different takes were used in the final versions of the episode from those used in the pilots.

Changes from Pilot to Broadcast Episode

Several changes were made to the pilot version of the opening theme song before the episode was broadcast:

More information on the pilot, which can be viewed at the Paley Center for Media in New York City or Los Angeles, is available at the Muppet Central Guides. 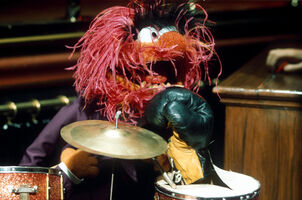 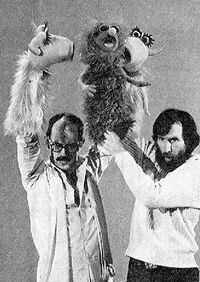 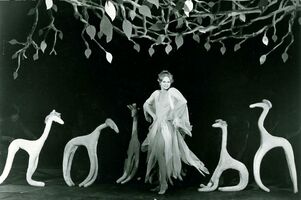 Note the puppeteers performing the Gazelles. 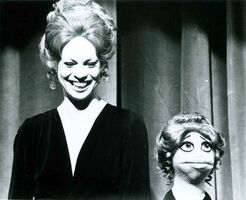 Retrieved from "https://muppet.fandom.com/wiki/Episode_101:_Juliet_Prowse?oldid=1180305"
Community content is available under CC-BY-SA unless otherwise noted.