Tutter is excited because Bear has promised to bring him a box, but he's getting a bit impatient at the wait. Viewers learn that the box is a rectangle and that there are shapes all around. They also find out that everyone has their own unique shape --- something that Ojo, Pip and Pop learn when they become shape explorers. Treelo also learns about shapes when Bear plays with him in a "tent" he made out of a bedsheet. Shadow also pays Bear a visit and tells a story of a very special shape --- a star. 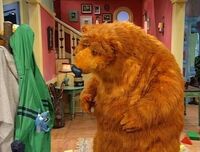 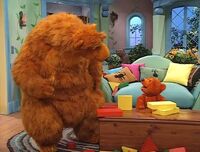 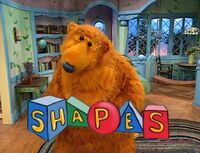 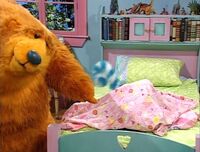 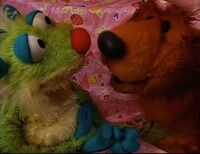 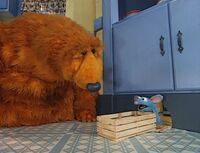 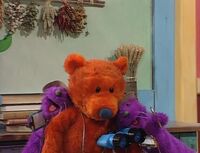 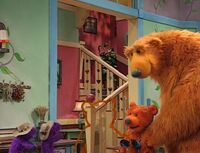 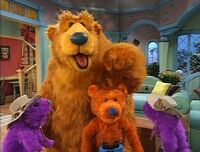 Retrieved from "https://muppet.fandom.com/wiki/Episode_104:_Shape_of_a_Bear?oldid=1238030"
Community content is available under CC-BY-SA unless otherwise noted.