Jim Henson talks about the second half hour, Miss Piggy's Hollywood. (In the half-hour version, Jim says that Bobby McFerrin can make anything into music, and that maybe he can make the Lion a musician.)

Kermit struggles to keep the show's ratings up, while Digit experiences various malfunctions.

Features the first Hurting Something sketch, as well as the first appearances of Zondra, Ubu and Chip.

Jim Henson and the lion put on sunglasses, because they are going to Hollywood, as they introduce the second half.

Miss Piggy presents a tour of Hollywood, assisted by Gonzo. She tries to interview "the family of stars," but none of them want to talk to her.

Jim Henson demonstrates a dog Graffiti Muppet and introduces it to The Thought Lion. 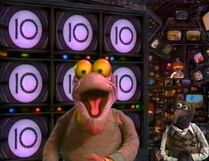 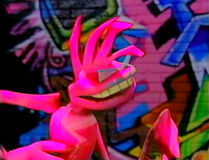 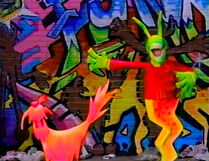 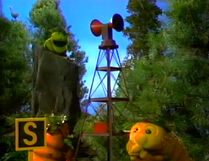 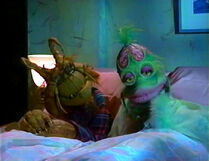 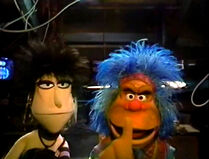 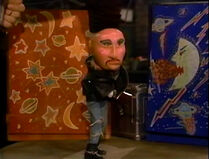 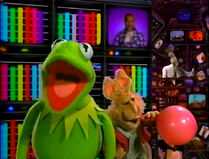 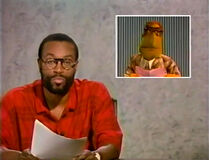 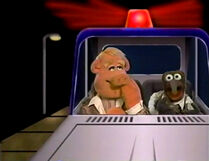 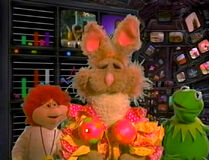 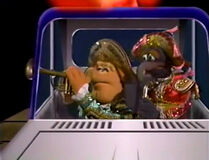 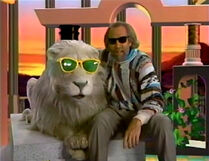 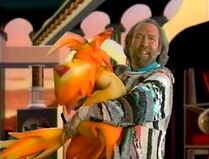 Retrieved from "https://muppet.fandom.com/wiki/Episode_105:_First_Show?oldid=725817"
Community content is available under CC-BY-SA unless otherwise noted.