Bear is excited and ready to do his Woodland Workout at the Otter Pond. When he heads into the living room, he finds Ojo and Treelo, who give him a pretend checkup. They diagnose him with "big bear-itis," but give him just the right medicine to feel better.

As he heads into the kitchen to leave the Big Blue House, he comes upon Tutter, grunting and groaning. He discovers that Tutter is tired from trying to store cheese in his mousehole for the winter and advises him to take "quiet time." Reluctant at first, Tutter eventually takes the advice.

When Bear learns that Pip and Pop went ahead with the workout themselves due to his lateness, he ends up taking some quiet time himself. He wakes up and Tutter gets enough strength to move the cheese. He then thanks Bear and goes into his mousehole.

Bear leaves the kitchen, wondering what else to do today, when he hears a musical laugh in the hallway. He states that it is Shadow and the laugh is heard again. He says to the viewers, "Sounds like she's up to her old tricks again". He then sings her song and she appears on the wall. When Bear asks her for a story, Shadow retells the story of the five little monkeys jumping on the bed.

After she leaves, Bear decides to dance to The Bear Cha-Cha-Cha. After he's done dancing, he questions the viewers to see if they were dancing, too. He then decides to visit Luna and talk about his day. 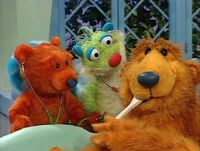 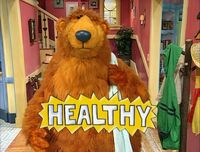 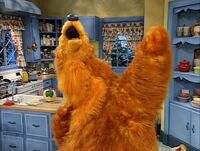 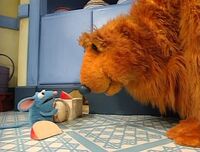 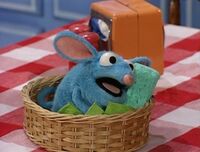 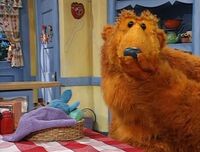 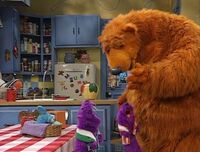 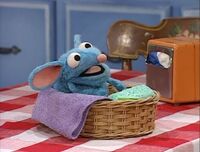 Retrieved from "https://muppet.fandom.com/wiki/Episode_105:_Picture_of_Health?oldid=1238032"
Community content is available under CC-BY-SA unless otherwise noted.