A young kid named Scooter applies for a job as a go-fer. When Kermit remarks that he doesn't even look like a gopher, Scooter explains that he'll go-fer coffee, he'll go-fer sandwiches, he'll go-fer anything. Kermit says he doesn't have the money to hire him, until Scooter mentions that his uncle owns the theater.

The following segments are cut from The Muppet Show: Season One:

Jim Henson as Kermit the Frog, Dr. Teeth, Rowlf, Waldorf, and The Newsman
Frank Oz as Fozzie Bear, Miss Piggy, Animal, Sam the Eagle, George the Janitor, and Mildred
Jerry Nelson as Baskerville, Shouting Lady, Shouting Lady's dancing partner, one of The Houses, and an Indian
Richard Hunt as Scooter, Statler, Chicken, and Wayne
Dave Goelz as The Great Gonzo and Zoot
Eren Ozker as Hilda, Wanda, Janice, and Rowlf's dancing partner
John Lovelady as Danceros, one of The Houses, and headless dancer 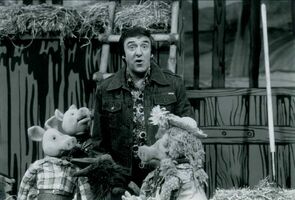 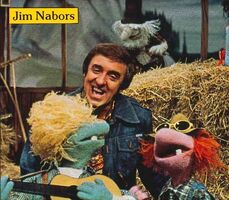 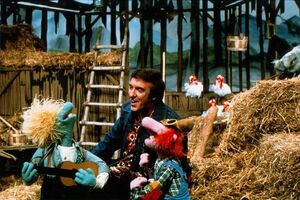 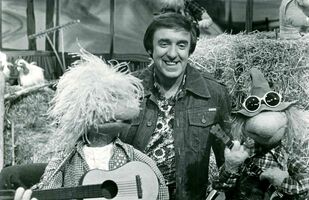 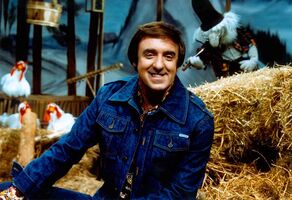 Add a photo to this gallery
Retrieved from "https://muppet.fandom.com/wiki/Episode_106:_Jim_Nabors?oldid=1292767"
Community content is available under CC-BY-SA unless otherwise noted.