Panic ensues in the nursery when the babies overhear Nanny saying she needs to get rid of one of them.

After playing airplane, the Muppet Babies overhear Nanny talking to Mr. Jenkins on the phone, making cryptic references to "getting rid of one of them" in the nursery. Worried, they then mull about the consequences.

Piggy imagines herself homeless in the cold, peddling lemonade at a street corner. Using charm and shrewd marketing tactics, she soon finds herself making a living, ultimately winding up as the head of a gigantic corporation dealing with profits in the billions and buying up whole states at will. Gonzo imagines himself in a poorer situation, forced to live in a garbage dump with effigies of his former friends.

In order to determine which friend gets thrown out, Piggy has the cast draw marbles (claiming seven are red and one is black, when they're all black), rigging the lottery so that Gonzo is invariably the one to get chosen.

Nanny opens the door with Mr. Jenkins at her side, and the babies attempt to convince her not to get rid of them. Eventually she points to a chair Baby Fozzie is sitting in, and orders Mr. Jenkins to take it. Everyone is initially relieved... except, obviously, for Fozzie. They band together and declare that if he leaves, they will all leave, and confront Nanny about the matter.

Nanny finally explains the situation, suggests they ask about uncertainties in the future rather than jump to conclusions, and reassures the Babies that she will never stop loving any of them. 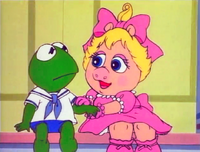 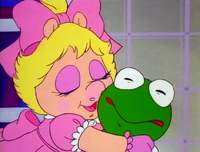 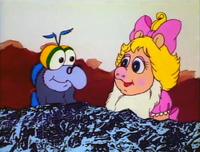 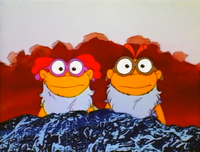 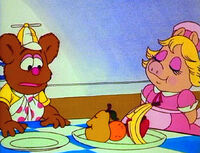 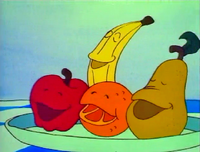 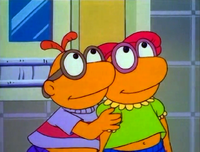