Episode 108: Kermit Levels Up / Frogs of a Feather

Kermit and the rest of the Muppet Babies are turned into video game characters after being pulled into a virtual game world, and have to fight Camillazilla, among fulfilling other tasks. 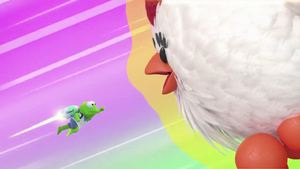 Frogs of a Feather

When a new frog, Carlos, visits the playroom, Baby Fozzie assumes he likes and dislikes all the same things as Kermit. 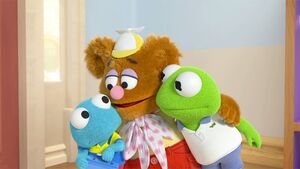 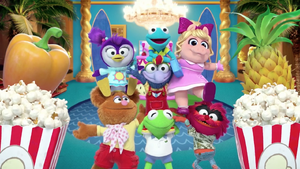