Kermit meets his tadpole nephew, Robin, but when Robin escapes from his fishbowl, the Babies have to find him.

The Babies are pretending to run a bank, protected by sheriff Kermit, when Gonzo (as the Lone Weirdo) appears and steals the bank's treasure. The two chase each other, culminating in a bubble-blowing showdown with Kermit ending victorious. Nanny interrupts their playtime to reveal that Kermit is now an uncle, presenting to everyone a fishbowl containing his baby nephew, Robin. As Nanny leaves to let the kids tend to him, Kermit is in disbelief of the fact he's an uncle, until Skeeter explains what relatives are. Unbeknownst to everyone, Robin has a mind of his own, and when he spits water on Fozzie in reaction to one of his jokes, Kermit scolds him.

Piggy decides to console Robin by reading him Piggy in Wonderland, with her as the protagonist. To her dismay, however, the story experiences several mishaps, including Gonzo frequently interrupting to point out its flaws, Scooter and Skeeter fighting over their roles, and Rowlf's giant piano getting roughed up. Eventually, Animal kidnaps Robin from outside the story and climbs to the top of the bookshelf, forcing Kermit to order him to send Robin down. When things calm down, the gang is surprised to find Robin is a quick learner, being capable of performing handstands and hitting notes on Rowlf's piano.

Skeeter realizes he's been out of his bowl for long enough, but the thought of returning sends Robin fleeing into the book Twenty Thousand Leagues Under the Sea. Using their imaginations, the Babies enter the book and plunge into the Pacific Ocean in pursuit, where they are captured by the Nautilus submarine (actually controlled by Robin in disguise). In reality, while the others are tangled up in a mess, Skeeter herself dumps Robin back in his fishbowl from the book. Nanny returns to find everyone alright and leaves with Robin, commenting how he might be older next time he visits; Kermit moans at the thought.

Supporting Characters: Nanny, Baby Bunsen (as the Mad Hatter), Baby Beaker (as the March Hare), Robin (as the White Rabbit) 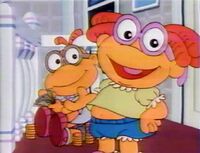 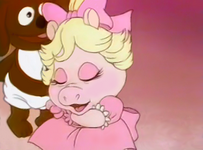 Scene that is later reused in "My Muppet Valentine" 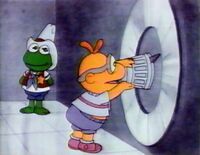 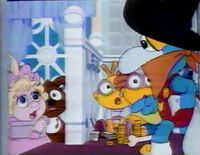 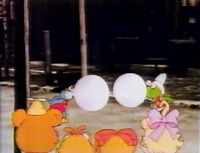 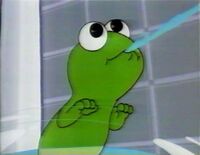 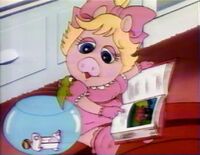 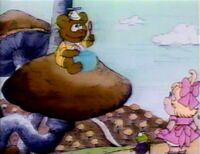 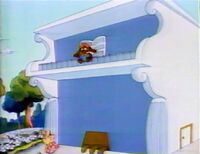 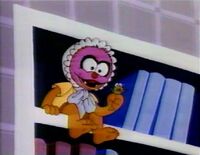 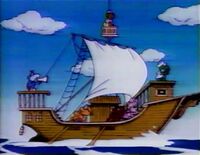 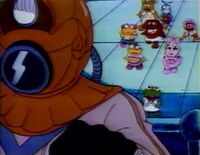 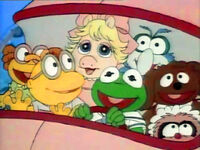 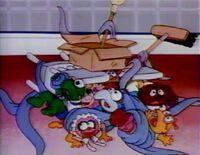 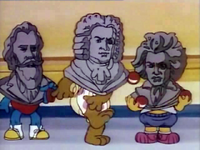 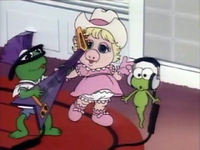 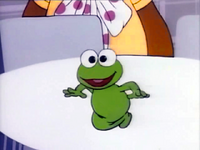 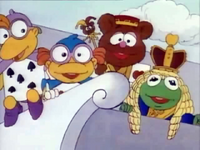 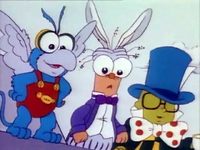 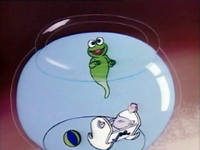 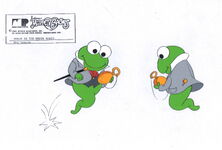