Kermit asks Digit to hit the button to start the opening, but Digit mistakenly hits the button that dumps garbage into the studio. The garbage comes to life.

Jim Henson sees the Thought Lion eating chips, and tells him that he'll spoil his appetite. In the control room, Kermit tells Jim that the place is covered in garbage. The garbage, however, prefers to be called "previously essential material." (In the half-hour version, Jim comes out holding a cowboy hat to introduce K.D. Lang.)

The Muppet studio is overwhelmed with animated garbage bags and Kermit can't find a way to get rid of them.

Jim demonstrates performing a Garbage puppet, and says that it was made from a real trash bag. 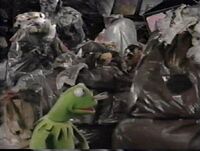 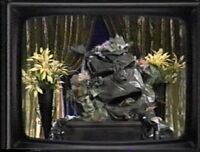 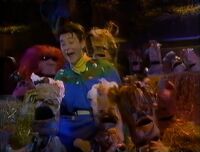 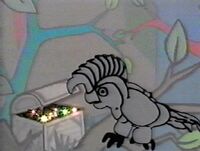 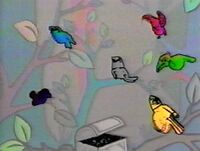 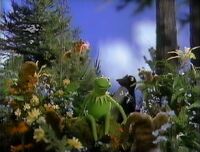 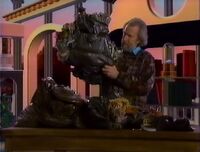 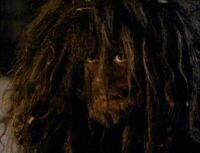 Retrieved from "https://muppet.fandom.com/wiki/Episode_109:_Garbage?oldid=1173517"
Community content is available under CC-BY-SA unless otherwise noted.