Bear is feeling great, so great that he rather wants to dance. His favorite dance is the cha-cha-cha, but he finds that the kids of the Big Blue House are dancing as well. Bear finds Ojo dancing a dance that she created herself which is a variation of a famous Spanish dance called "the flamenco" called "the flamingo." When Bear turns on the radio in his room, but leaves to go find his maracas, Treelo comes in and dances. Bear's search leads him to the kitchen, where he finds Tutter taking a nap in the dish rack. Tutter tells Bear that he has "no rhythm, no beat," but Pip and Pop arrive to school him in dancing. 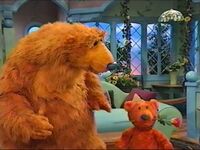 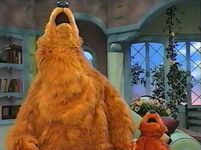 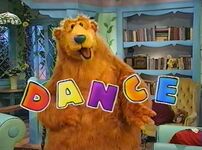 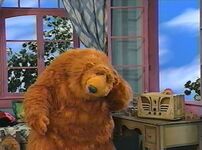 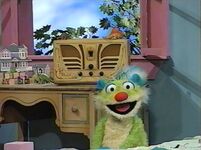 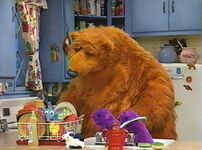 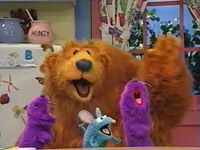 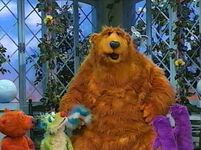 Retrieved from "https://muppet.fandom.com/wiki/Episode_110:_Dancin%27_the_Day_Away?oldid=1241472"
Community content is available under CC-BY-SA unless otherwise noted.