Episode 112: A Tail of Two Piggies

"A Tail of Two Piggies" is the twelfth episode of the television series The Muppets.

When Kermit, Miss Piggy and Uncle Deadly are promoting the new Disney movie Zootopia, Piggy suffers a wardrobe malfunction (showing her tail for the first time), which becomes a big media story. The network is outraged, and Piggy is forced to question everything she stands for, but Kermit, Fozzie and the gang rally together and come to her defense. When a young piglet comes to the studio to tell Miss Piggy about how her wardrobe malfunction inspired her, Piggy decides to accept her pig heritage and starts a campaign to publicly reveal her tail to the world. Meanwhile, Gonzo is heartbroken that Camilla broke up with him, so Rizzo and Pepe cheer him up by agreeing to move in with him. However, during the first party at their new house, Gonzo is surprised by an unexpected guest. 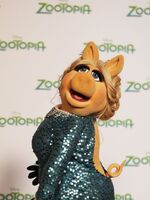 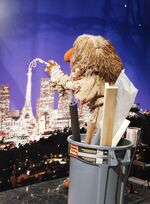 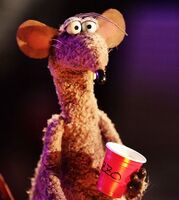 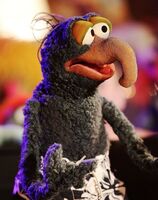 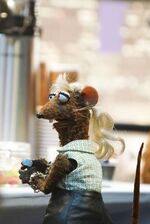 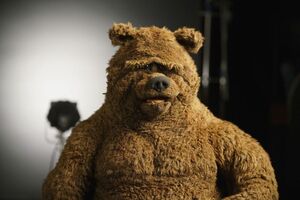 Joan Jett and the Muppets

Ian Ziering in a hot tub with Muppets[1]