It's a hot summer day and Bear and everyone else in the Big Blue House are taking it easy. Bear receives a checkers set in the mail and plays checkers with both Pip and Pop and Treelo. To his surprise, they win handily, despite never having played the game before. They seem to have developed a wild move to take all of Bear's checkers in a single flurry of jumps. Pip and Pop also beat the heat by hanging out at the Otter Pond. They're later joined by Ojo, Treelo and Bear, but Tutter has own way of staying cool. He's created his very own Club Tutter in the kitchen, using the sink as a swimming pool. 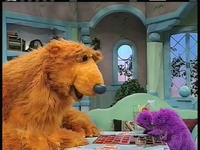 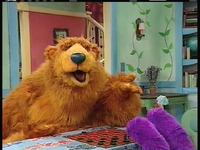 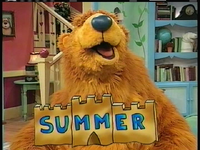 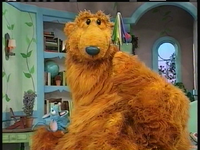 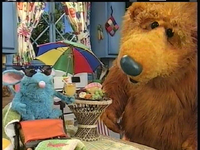 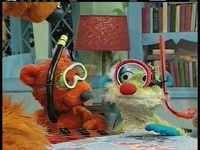 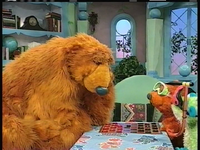 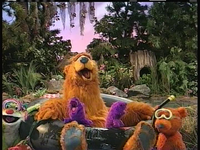 Retrieved from "https://muppet.fandom.com/wiki/Episode_115:_Summer_Cooler?oldid=1272007"
Community content is available under CC-BY-SA unless otherwise noted.