Tutter receives a letter in the mail that his Grandma Flutter is paying a visit to the Big Blue House. Bear informs Tutter that the letter says she's coming today, which sends Tutter into something of a panic. His Grandma likes for things to be clean, but Tutter doesn't feel there's enough time to get ready. Everyone in the Big Blue House helps Tutter to make a go of it. They clean up the house, Tutter cleans out his mousehole, and Pip and Pop weed the flowerbeds with Ojo's help. Having all gotten dirty, they take a bath. But then, Bear does the cha-cha-cha and Tutter joins, leaving him all hot and sweaty. Grandma Flutter arrives and Tutter learns she's just happy to see him. He even finds out some things he never knew about her before. 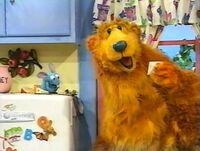 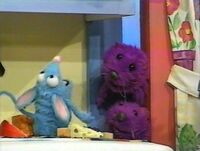 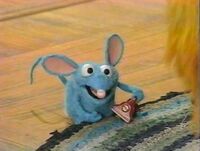 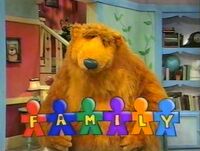 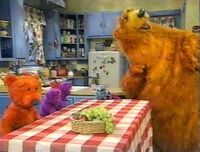 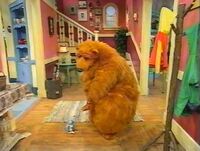 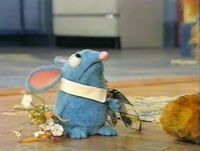 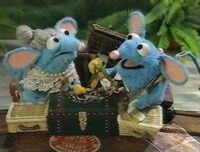 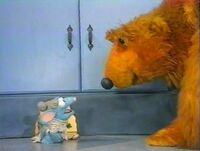 Retrieved from "https://muppet.fandom.com/wiki/Episode_116:_The_Big_Little_Visitor?oldid=1242533"
Community content is available under CC-BY-SA unless otherwise noted.