Fozzie fears he might be losing his best friend, Kermit, when Rowlf the dog shows up in the Playroom and wins everyone over. 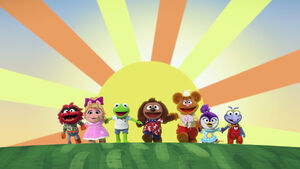 Baby Bunsen creates multiple clones of Kermit so he can play with all of his friends at the same time. 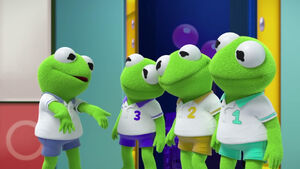 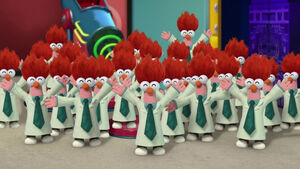 Retrieved from "https://muppet.fandom.com/wiki/Episode_119:_The_Best,_Best_Friend_/_Counting_Kermits?oldid=1327918"
Community content is available under CC-BY-SA unless otherwise noted.