Puppy for a Day

The babies learn how to take care of a puppy with Rizzo as their practice puppy. 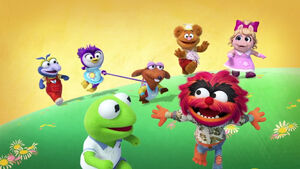 Fozzie loses his Great Uncle Schnozzie's lucky joke book to Rizzo. The other kids, including Bunsen and Beaker, try to convince him that he can be funny without the book by creating a counterfeit version. 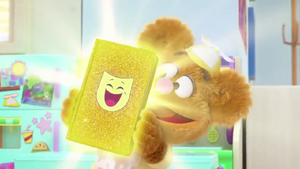 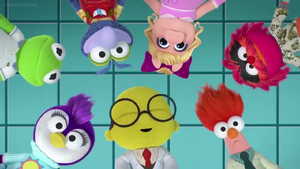 Retrieved from "https://muppet.fandom.com/wiki/Episode_120:_Puppy_for_a_Day_/_No_Laughing_Matter?oldid=1323821"
Community content is available under CC-BY-SA unless otherwise noted.