When Valerie Harper shows up unexpectedly on The Muppet Show, she begs Kermit to let her do a big opening number. Statler and Waldorf are so impressed with Valerie's beauty that they start to fight over which one of them will get to pursue her, and they finally decide to flip for her. Statler wins by flipping himself into the air, then goes backstage to woo her with some smooth talk and an African berry bush that grows three feet an hour (more if it rains!).

Unfortunately, while Statler waits to see Valerie, George the Janitor waters the plant, which grows and grows until it takes over the whole backstage area.

After Valerie's closing number with the Clodhoppers, Statler finally gets a chance to ask her out on a date. Valerie, a vegetarian, politely declines his offer of a steak dinner but considers noshing on the potted offspring of the berry bush that he gives her.

During the closing scene, Fozzie gets a rare opportunity to get back at Statler and Waldorf for their heckling. He plays the part of a bouncer, removing Statler from the stage.

Bertha Beasley and Her Galloping Geese

Jim Henson as Kermit the Frog, Rowlf the Dog, Waldorf, the Swedish Chef, the Newsman, Dr. Teeth, a Clodhopper, and the "Searchin'" Whatnot singers
Frank Oz as Fozzie Bear, George the Janitor, Animal, Mildred Huxtetter, Sam the Eagle, Mary Louise, and a Clodhopper
Jerry Nelson as Floyd Pepper, Herman, and the Loud Female Whatnot dancer
Richard Hunt as Statler, Wayne, the Japanese Cake
Dave Goelz as The Great Gonzo, Zoot, and Blue Frackle
Eren Ozker as Hilda, Wanda, Janice, Female Green Frackle, and the Red-Haired Female Whatnot dancer
John Lovelady as Bernie 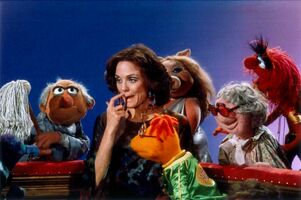 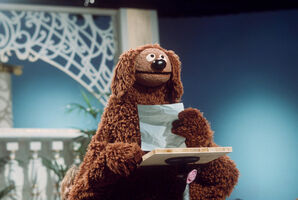 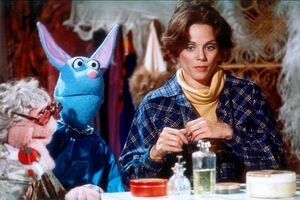 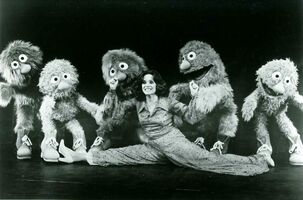 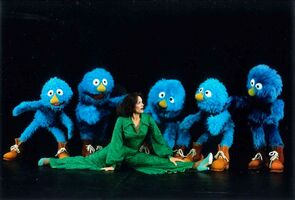 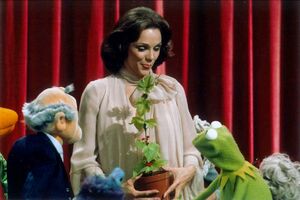