Kermit is skeptical when everyone backstage is terrorized by "the Phantom of the Muppet Show." There turns out to be one, though -- Uncle Deadly, a monster-actor who performed in the theater years ago. After being panned by the critics, he vowed never to perform there again, and not to let anyone else perform either. He warns the Muppets, "Leave or be doomed!"

Jim Henson as Kermit the Frog, Rowlf the Dog, Waldorf, The Newsman, King Rupert the Second, Mary Louise and the Hillbilly Singer
Frank Oz as Fozzie Bear, George the Janitor, Sam the Eagle and the Two-Nosed Whatnot
Jerry Nelson as Uncle Deadly, Vendaface, the Feather Duster, the Queen, Herman and female dancer
Richard Hunt as Scooter, Statler, Wayne, the Cow and Feather Boas
Eren Ozker as Hilda, Wanda, Janice and dancer
Dave Goelz as The Great Gonzo and Muppy
John Lovelady as Nigel and the Pig Dancers 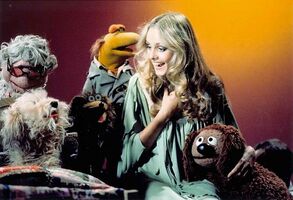 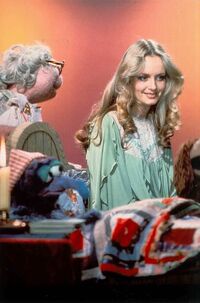 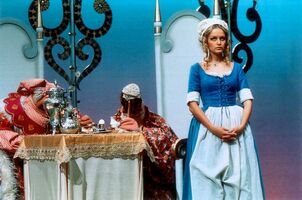 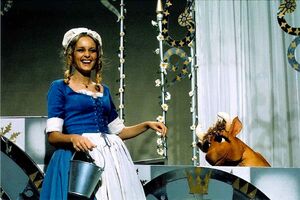 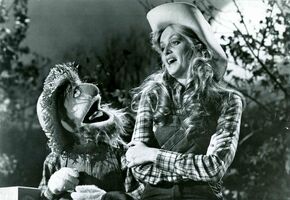 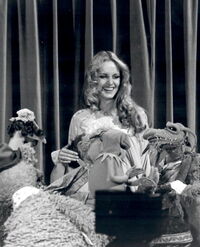