Bear hears a shout coming from the kitchen and finds Ojo begging Tutter to let her peek inside his mousehole. When he won't let her, saying that she's too big, she cries. It turns out that she's lost her favorite toy, Snowbear. Not wanting to see her cry, Tutter agrees to help her find it --- mice are great at finding things. Pip and Pop soon join the hunt, but Bear's bedroom gets rather messed up in the process. Ojo begins to despair, but Bear helps to raise her spirits by encouraging her to keep up the hunt. Treelo then comes up with a great idea that could help her to find Snowbear. 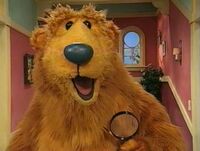 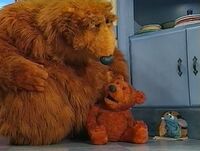 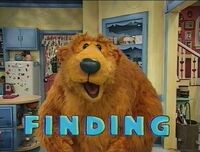 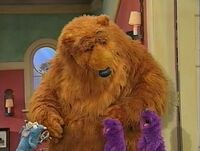 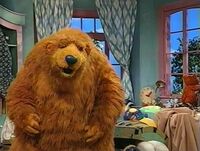 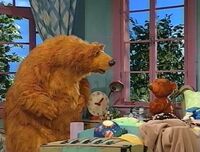 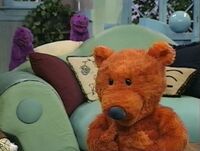 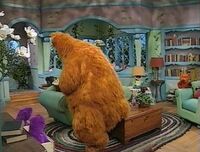 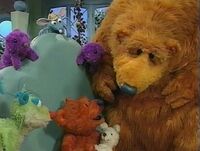 Retrieved from "https://muppet.fandom.com/wiki/Episode_124:_Lost_Thing?oldid=1241374"
Community content is available under CC-BY-SA unless otherwise noted.