Statler and Waldorf decide to watch TV in their box, instead of watching the show.

Meanwhile, Kermit can't make payroll ($27.14), but Muppet Theatre owner J. P. Grosse says he'll give him the money if he puts "good old-fashioned entertainment" back in the show -- meaning lady wrestlers. Only one shows up, an old (but very tough) lady named Granny the Gouger. But when Miss Piggy refuses to wrestle her, Kermit is forced to step into the ring, disguised as "The Mysterious Ms. Mask." When Granny body slams him, however, an enraged Piggy knocks her out.

Amidst it all, Sam is trying harder than usual to make sure there's high cultural content on the show; only to watch a Chopin performance be ruined by the Electric Mayhem, deal with the lady wrestlers experiment and the mocking of the guest star behind his back. 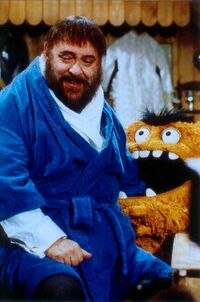 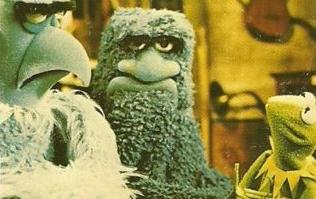 A photo from the episode's UK spot. 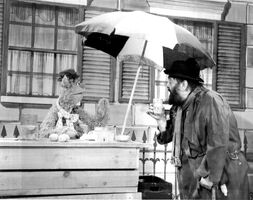 From a deleted scene in which Zero Mostel and Fozzie Bear act out a pantomime, as alluded to in the show's UK spot. 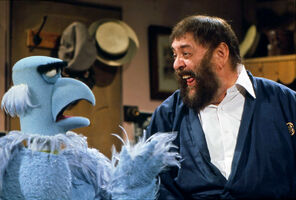 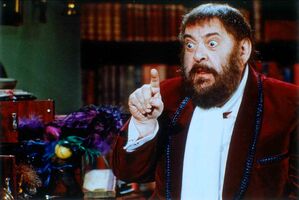 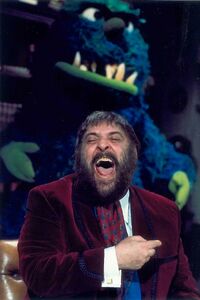 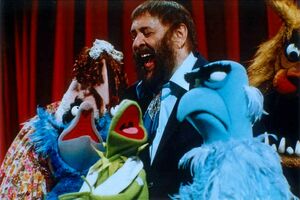