Muppet Wiki
Register
Don't have an account?
Sign In
Advertisement
in: Bear in the Big Blue House Episodes, Sleep

It's nighttime at the Big Blue House and Bear is all set to sit on his swing and read a good book. Then, Ojo shows up --- it turns out that there's a sleepover scheduled tonight that Bear completely forgot about. Before he knows it, Tutter, Ojo, Treelo, Pip and Pop are all there and ready for the big sleepover, despite his protests that they're not ready. He tries to settle back down to his book, but there's a lot to do during a sleepover. He prepares the kids a snack, reads them a story and supervises as they all brush their teeth. Finally, everyone is ready to go to bed, after some final, special good-night touches. Ojo has difficulty getting to sleep, but eventually dozes, only to be awakened by a bad dream. Bear soothes her back to sleep and then finds Shadow. Shadow sings her own special version of the lullaby "Hush, Little Baby." 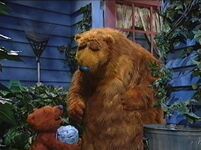 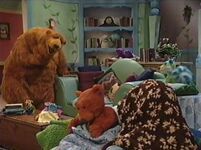 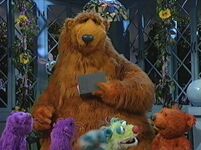 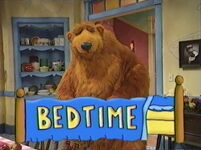 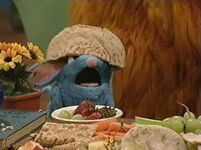 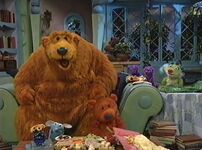 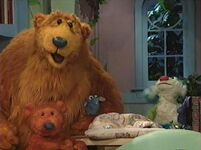 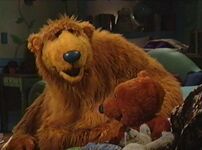