Kermit’s nephew, Robin, comes to visit and everyone is excited to play with him, but Kermit is very protective and asks him to sit out on a lot of the games because he feels he is too small to keep up with the others. 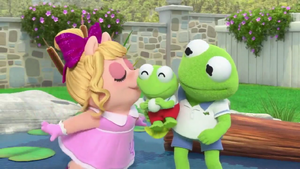 When Rowlf is sad about not being able to write a song about a shooting star, Summer paints a sparkly star to cheer him up. 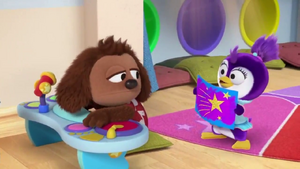 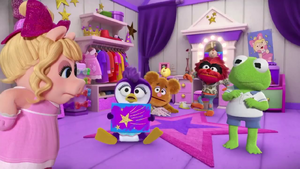