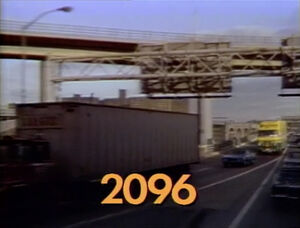 In the documentary Sesame Street Unpaved, hosted by Sonia Manzano, Snuffy's performer, Martin P. Robinson, revealed that Snuffy was finally introduced to the main human cast mainly due to a string of high profile and sometimes graphic stories of pedophilia and sexual abuse of children on shows such as 60 Minutes and 20/20. The writers felt that by having the adults refuse to believe Big Bird despite the fact that he was telling the truth, they were scaring children into thinking that their parents would not believe them if they had been sexually abused and that they'd just be better off remaining silent. In addition, during Robinson's explanation, Loretta Long uttered the words "Bronx daycare," a reference to reports of sexual abuse at the PRACA Day Care Center in New York City's Bronx borough, as covered by area TV station WNBC.

In 1988, a book about the adults meeting Mr. Snuffleupagus, titled Meet Mr. Snuffleupagus, was released. However, in that book, they meet him when he takes a toaster to the Fix-It Shop to get it fixed. The sequence in which the cast meets Mr. Snuffleupagus was included in Stars and Street Forever, Sesame Street Unpaved, The Street We Live On, 40 Years of Sunny Days, and Sesame Street's 50th Anniversary Celebration. In the latter, the special's host, Joseph Gordon-Levitt, is digitally added into the scene and states that he believed Big Bird the whole time.

A script for most of the street scenes was featured in Sesame Street Unpaved.

The episode plot was established by at least July 1985, as Big Bird foreshadowed it in a television interview about Follow That Bird.[1]

The next three episodes would involve Snuffy getting to know the adults better, with Snuffy and Maria becoming friends in Episode 2097, Bob letting him play in a concert in Episode 2098, and Gordon babysitting Snuffy in Episode 2099.