Episode 209: The Best of Muppets Tonight

Gonzo and Rizzo host a collage of video clips of the best moments from past episodes. This was because the pre-recorded episode tape had been eaten by Carl, along with the tape-playing machine during a cheese-eating contest.

As Gonzo and Rizzo walk off the stage, they notice that Statler and Waldorf have just finished broadcasting their own show titled The Worst of Muppets Tonight. Of course, they showed the exact same clips that Gonzo and Rizzo showed. 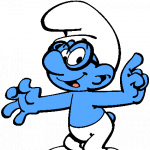