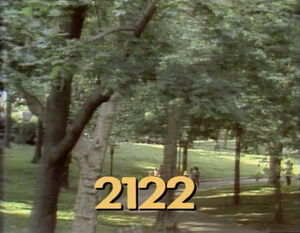 In 1985, Sesame Street tackled the issue of adoption when they introduced the character of Miles, son of Gordon and Susan. Roscoe Orman originally suggested that Gordon and Susan have a child when he first joined the show in 1974. At the time, the producers felt that it was too complicated to cast a baby to play the part. Ten years later, when Orman's son Miles was a year old, he revisited the idea. Orman remembers, "Caroll Spinney offhandedly said one day, 'That son of yours is so cute -- he's such a great kid -- we should bring him on the show and let him be your son.' I said that I had suggested something like that years ago but it was shot down. And he said, 'Well, you know, you could even adopt him.' That really started my wheels turning and I mentioned it to [Executive Producer] Dulcy Singer."[1]

The producers were intrigued by the adoption angle, and cast Miles in the role. "The idea is that he'll grow up on the show -- for as long as he wants to," Roscoe Orman said in 1986. The adoption of Miles was shown in a four-part story arc that started in this episode and continued through 2123, 2124, and 2125. The events of Miles' adoption were also presented in the 1986 book Susan and Gordon Adopt a Baby.

Retrieved from "https://muppet.fandom.com/wiki/Episode_2122?oldid=1285022"
Community content is available under CC-BY-SA unless otherwise noted.