It's Bear's birthday. He goes to check the mail and finds a nice card from his friend Ursa. He then settles in to enjoy a relaxing day. He wants to do nothing at all, but the kids of the Big Blue House have other ideas. When they find out about Bear's plans for the day, they talk about just what they can do to show Bear how much they appreciate him. Ojo decides that they should give him a surprise party. With our help, they work hard to put together the party, while making sure the surprise isn't spoiled. Shadow even helps out, first by distracting Bear and then by telling him a story about the children of the week. 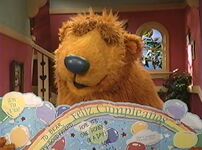 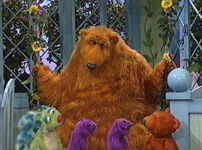 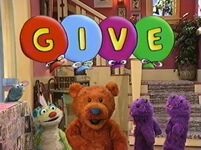 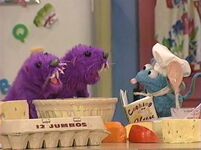 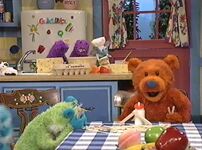 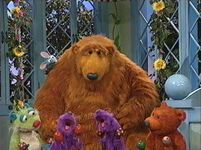 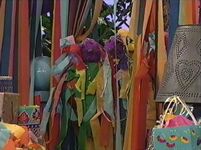 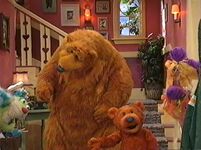 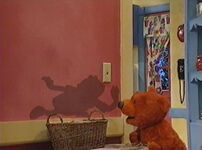 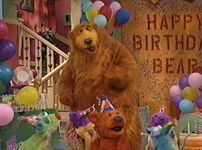 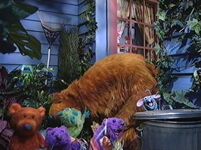 Retrieved from "https://muppet.fandom.com/wiki/Episode_212:_Bear%27s_Birthday_Bash?oldid=1241357"
Community content is available under CC-BY-SA unless otherwise noted.