At the Big Blue House, Bear finds that his friends are all making inventions. Tutter has decided to create a "mouseapult," hoping to reach the cheese drawer more easily. He finds that it still has some kinks to work out. Ojo and Treelo create a device called an "everything machine." It's just pretend, but it's still a lot of fun. Additionally, Bear finds that Pip and Pop's ball is stuck in a tree, but he finds that he's not quite tall enough to reach it. He ends up inventing a ball-grabber device, but it turns out to be more of an "everything-grabber." 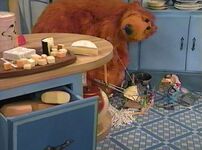 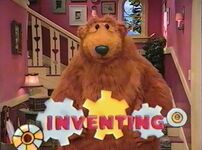 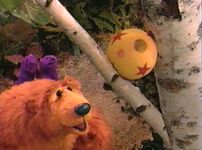 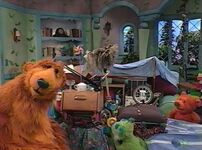 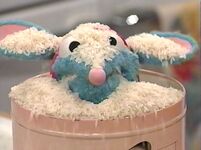 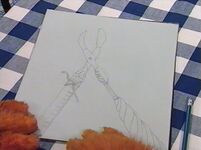 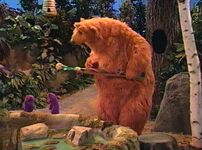 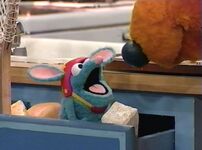 Add a photo to this gallery
Retrieved from "https://muppet.fandom.com/wiki/Episode_216:_Look_What_I_Made?oldid=1243214"
Community content is available under CC-BY-SA unless otherwise noted.