Jaye P.'s cynical personality clashes with the show's spontaneous nature. Matters take a turn for the worse when J.P. Grosse arrives at the theater for an inspection. 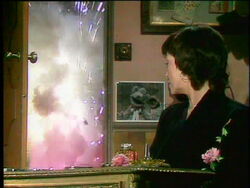 Jaye P.: This is not going to be just another cute puppet show. 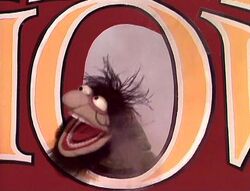 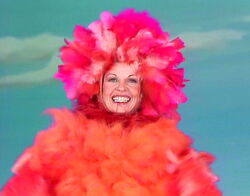 |Jaye P. and Youknow Bird perform "Tweedle Dee" as Jaye P. complains about the "cuteness" of the show, and the odor of her bird costume in particular. 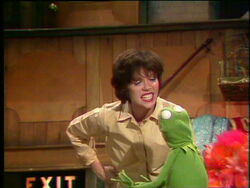 Kermit: But, w-what's wrong? That last number was terrific. It was really cute. Jaye P.: Yeah, it was cute, wasn't it? Kermit: Oh, it was. It was just so cute. Jaye P.: I hate cute.

Animal happens to walk by as Kermit tries to placate a bitter Jaye P. Her mood only grows worse when Animal begins harassing her. 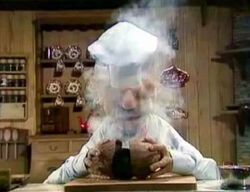 | The Swedish Chef: The Chef attempts to prepare a coconut, but is unable crack it at first. He tries cutting it and sawing it before eventually opening it with a hammer. Unfortunately for the Chef, the coconut contains a bomb, which promptly explodes. Statler: Now, wait just a minute. That's the second time tonight they've used a bomb joke.

Waldorf happens upon a bomb in the box, which explodes on the both of them. 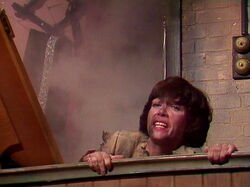 | Backstage: In hopes of making amends with Jaye P., Kermit sends her a cake, only to find out from Fozzie that Crazy Harry baked it. Harry blows the cake up with enough force to knock the door off its hinges, and Kermit sends Fozzie to introduce the next act while he tends to Jaye P. 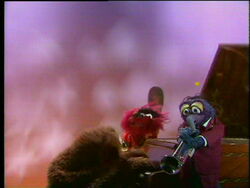 | Gonzo's Act: Backed by Rowlf on the piano, Gonzo plays "Flight of the Bumblebee" on his trumpet while Animal chases the bumblebee 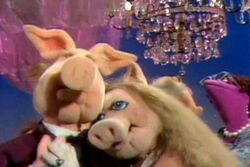 | At the Dance: Each dancer discusses a problem with their partner, who responds accordingly. 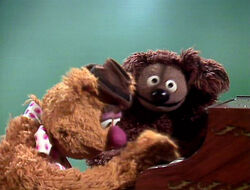 | UK Spot: "English Country Garden" is performed as a piano duet by Rowlf and Fozzie, who - much to either's surprise - is able to play. The duet gradually becomes frantic, and Fozzie finishes the number by knocking Rowlf over. 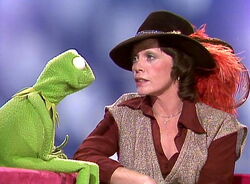 | Talk Spot: Kermit talks to Jaye P. about how explosions are one of the Muppets' trademarks, proving his point by blowing himself up. Jaye P.'s hat, likewise, contains explosives of its own. The two end the talk spot by exploding themselves away. 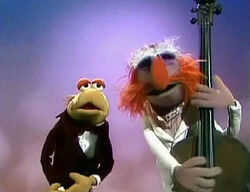 | Floyd and Nigel team up to perform "Big Noise from Winnetka." Floyd trades in his trademark Sergeant Pepper jacket for a white suit and his bass guitar for a bass violin. Nigel, in a rare performance, displays a talent for whistling. 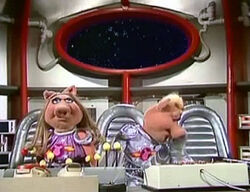 | Pigs in Space: The Swinetrek is getting heavy, so the crew needs to jettison something that has the weight of one pig. 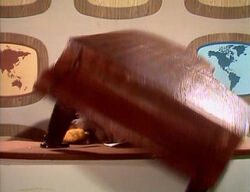 | Muppet News Flash: The Newsman reports that a plane carrying the London Symphony Orchestra has been forced to drop some of its musical instruments. A piano falls on him. 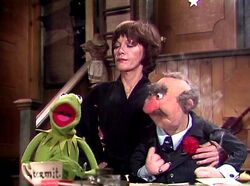 | Backstage: Scooter's uncle, J.P. Grosse, is making another inspection when Kermit comes in. Kermit becomes exasperated, and starts to complain.

Kermit: Of all the people I can't stand to have around here when we're doing the show, J.P. is the worst! I mean, J.P. is without a doubt the most difficult, impossible unfriendly...

Kermit realizes too late that Jaye P. has overheard his gripe. He tries to explain himself, only to find that J.P. is overhearing him as well.

Kermit: I think I just put both feet in my mouth. | An Editorial by Sam the Eagle: Sam reports on crime. In the background, three criminals steal the entire set, and eventually make off with Sam himself. 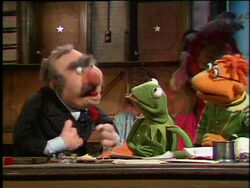 | Backstage: Kermit prepares the closing number for Jaye P., hoping that it'll make up for everything that's happened to her. J.P. overhears and, believing that he gets to perform, begins negotiating with Kermit. 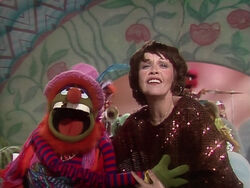 | While Kermit clears everything up with J.P., Scooter introduces the closing number: Jaye P. performs "That Old Black Magic" with Dr. Teeth and the Electric Mayhem. 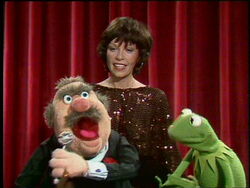 | Despite everything that has happened, Jaye P. admits that she had a great time on the show. J.P. interrupts the closing, and begins to sing, which continues as the credits roll. 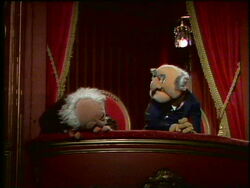 | Statler: I wonder if anybody watches this show besides us. Waldorf is asleep.

Retrieved from "https://muppet.fandom.com/wiki/Episode_218:_Jaye_P._Morgan?oldid=1178478"
Community content is available under CC-BY-SA unless otherwise noted.