When Bear talks to Ray in the morning, he learns that there's a thunderstorm coming. He gets things ready for the upcoming storm, and then hears Ojo and Treelo racing inside. They got scared by the storm and are worried that they're still in danger. Bear assures them that he's prepared at that they're safe inside the Big Blue House. Tutter gets scared too, and everyone's really scared when the power goes out. Bear allays their fears with his Bearcraft flashlight, but then Tutter gets scared by his shadow. Eventually, the power comes back on, and the kids start a game of hide-and-seek. Tutter then comes across Pip and Pop pretending to be a 2 headed purple flower monster and which leads him scared of this scary prank and hides himself in a flower pot. Although they were just trying to have fun, they eventually realize their mistake and apologize to Tutter immediately. Together, everyone summons Shadow, who tells the tale of Little Miss Muffet. In Shadow's version, Little Miss Muffet isn't the least bit scared of the spider who sits down beside her and invites it to share her curds and whey. 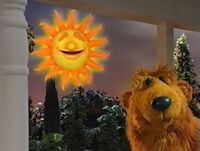 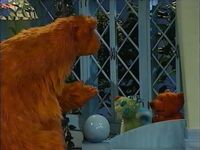 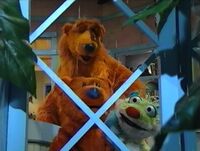 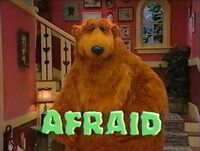 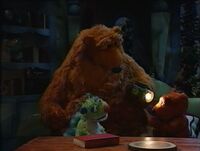 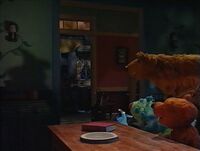 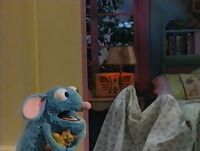 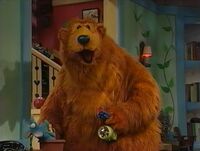 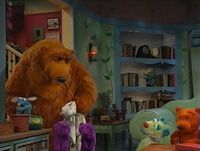 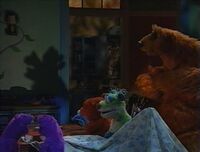 Retrieved from "https://muppet.fandom.com/wiki/Episode_222:_Afraid_Not?oldid=1243160"
Community content is available under CC-BY-SA unless otherwise noted.