Gonzo catches a cannonball with his bare hand, which stretches his arm out. Fozzie and Floyd crack jokes about the situation. Gonzo turns to John for help, but John ends up pulling the rest of his limbs out to match.

Meanwhile, John isn't pleased with being on the show. He's tied to his chair before the show, he complains about the number of pigs and monsters on the show, and he gets roped into doing a closing number. 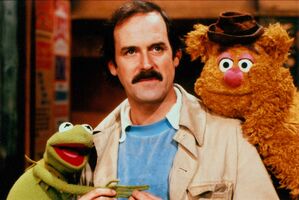 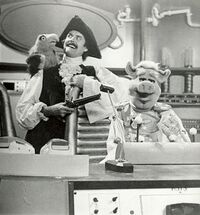 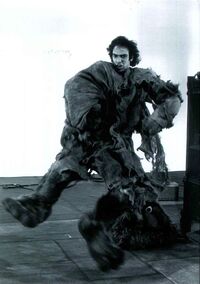 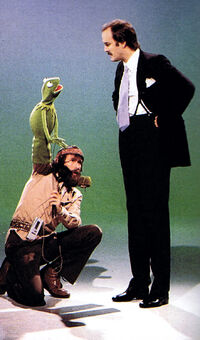 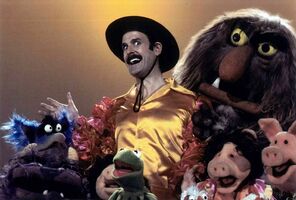 Retrieved from "https://muppet.fandom.com/wiki/Episode_223:_John_Cleese?oldid=1235766"
Community content is available under CC-BY-SA unless otherwise noted.