Muppet Wiki
Register
Don't have an account?
Sign In
Advertisement
in: Bear in the Big Blue House Episodes, Feelings

The characters of the Big Blue House find themselves feeling many different ways and Bear is there to help sort it out. Things all start when Pip and Pop are happy and excited after they receive a fantastic new toy in the mail --- Clammy, a talking clam. Later, they're extremely sad when they think Clammy's broken. Elsewhere, Treelo gets angry with Ojo for spilling his feathers out the window, but Ojo is hurt and worried because it was only an accident. Treelo says he wants to stay angry forever, but Bear helps to see that this may not be what he really wants. Later, Tutter's hilarious impressions have everyone feeling silly. 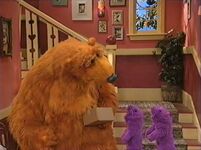 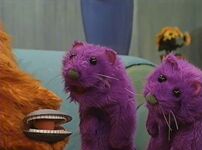 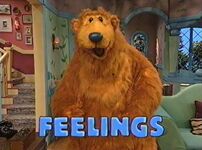 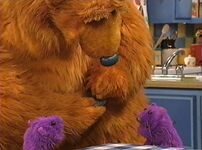 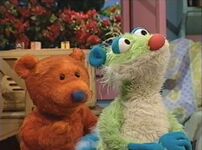 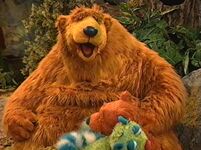 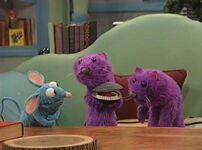 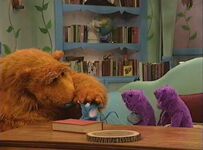