Bear has received a book of brainteasers and is eager to try some of them. As he tries them out and shares them with the viewers, he finds that the kids of the house are doing some thinking as well. Tutter found a piece of string and is delighted because there's all sorts of things he can do with it. A couple of things he does include using it as a lasso for cheese and as a trail to direct Bear to a present --- his very own ball of string. While out at his favorite thinking spot, Bear talks with Pip and Pop. They try to do some thinking of their own, but can't figure out anything to think about. Bear helps them to see that they are in fact, thinking, and helps them to recap several things they thought about later during the day. It finally comes time for a break from all that thinking and Ojo and Treelo decide they want in on whatever fun thing Bear is going to do. It turns out that it's time for the Bear Cha-Cha-Cha! 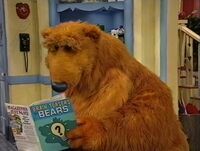 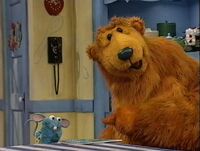 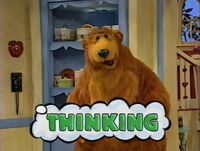 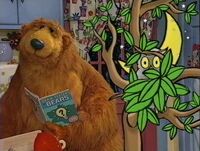 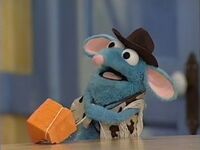 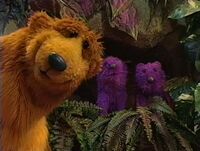 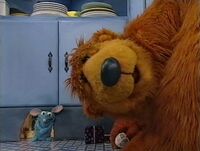 Retrieved from "https://muppet.fandom.com/wiki/Episode_233:_I_Was_Just_Thinking?oldid=1241394"
Community content is available under CC-BY-SA unless otherwise noted.