It's a special night in Woodland Valley --- tonight is the night of Harvest Moon. There's a special party out at the Otter Pond and Luna even has a special surprise for Bear. Bear and his friends enjoy the delights of the night, such as fireflies and constellations. Tutter does his best to stay up, but Bear allows him to catch a little sleep before the big celebration. Bear searches for party lanterns for the celebration, but it's ultimately Pip and Pop who find them. Everything is finally ready for the big party and it's drawn quite a crowd --- besides Bear and the kids, Doc Hogg, Lois, Otto and Etta, Grandma Flutter, Christine, Jacques the Beaver, Doc Owl, and even Big Old Bullfrog are there. In fact, everyone's there except Luna --- they're worried she may have disappeared behind a cloud. But it turns out she was just getting her special surprise ready --- an old friend Bear hasn't seen in a long time! In the Shadow segment, Shadow tells a wild story about a man who takes a trip to the moon in a balloon. She also helps Bear wake up Tutter in time for the party. 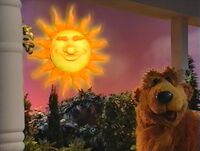 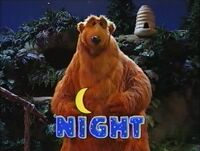 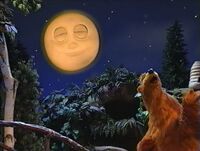 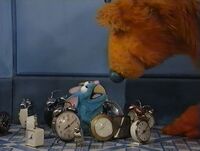 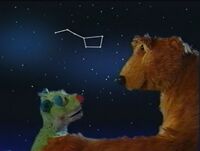 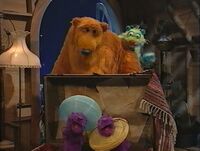 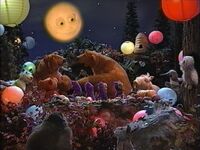 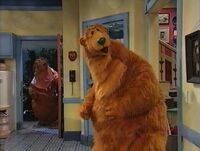 Retrieved from "https://muppet.fandom.com/wiki/Episode_235:_And_to_All_a_Good_Night?oldid=1242241"
Community content is available under CC-BY-SA unless otherwise noted.