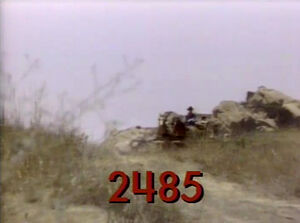 Clips of the wedding sequence are often shown in Sesame Street documentaries and retrospectives, including Sesame Street: 20 and Still Counting, Stars and Street Forever, A&E Biography: Sesame Street, and The Street We Live On. The entire wedding scene appears in 40 Years of Sunny Days.

Retrieved from "https://muppet.fandom.com/wiki/Episode_2485?oldid=1299940"
Community content is available under CC-BY-SA unless otherwise noted.