Ojo is excited about a visit from her friend, Christine. The two quickly get involved in one of Ojo's imaginative games --- a pillow castle. Tutter arrives and asks if they'd like to play checkers, but Ojo tells him she's in the middle of her game with her "best friend," Christine. Tutter is hurt by the use of the term "best friend." He creates his own friend to play with, "Mr. Cheese," but Bear helps to mend his friendship with Ojo. He also finds Pip and Pop at odds with Treelo out at the Otter Pond. He keeps pretending to be a monster during their Deep-Sea Divers game and they don't like it at all. Bear, however, introduces them to a game called The Treasure of Kalamazoo Bay. 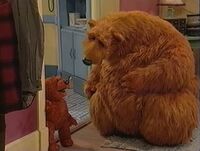 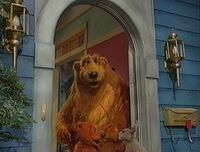 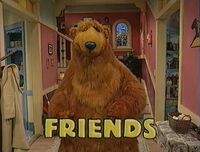 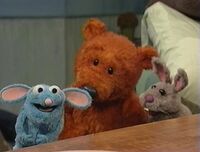 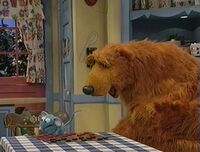 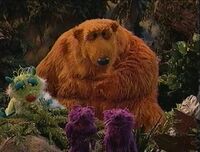 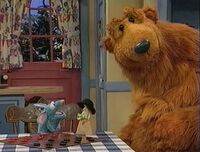 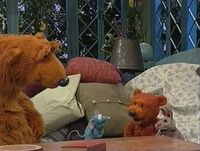 Retrieved from "https://muppet.fandom.com/wiki/Episode_301:_Friends_at_Play?oldid=1253001"
Community content is available under CC-BY-SA unless otherwise noted.