Gobo thinks the Fraggles' own Solstice holiday, the Festival of the Bells, is a big waste of time. Despite Cantus' warnings, Gobo goes on a journey to find out if the mythical Great Bell at the heart of Fraggle Rock is real. When the Rock slows down in the winter, the Fraggles hold the Festival of the Bells to make sure it keeps moving. As part of the celebration, they ring bells to awaken the Great Bell at the heart of the Rock. They also dress up as a Weebabeast, who used to guard the Great Bell when the Rock was small.

Meanwhile, Doc and Sprocket explore mid-winter holiday traditions from around the world.

UK version: The Captain and Sprocket wait for their Christmas dinner to be delivered in the middle of a storm. The opening credits feature a unique shot of the lighthouse interior with decorations while the Captain gives Sprocket a present. The closing credits take place over a still shot of the lighthouse over a choral rendition of O Come, All Ye Faithful (omitting the reprise of There's a Promise). 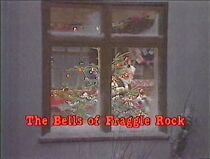 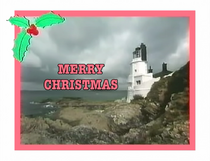 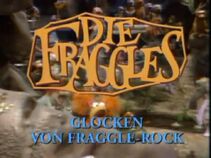 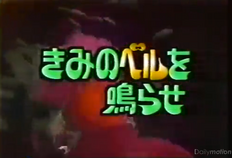 Japanese title
Add a photo to this gallery
Retrieved from "https://muppet.fandom.com/wiki/Episode_301:_The_Bells_of_Fraggle_Rock?oldid=1353771"
Community content is available under CC-BY-SA unless otherwise noted.