When Bear receives a package from "L.L. Bear" in the mail, he's surprised to find that he received a skunk clock rather than the bear clock he ordered. Rather than returning it, he decides to give it a try and hangs it up in the kitchen. He hears Ojo and Treelo outside and finds Treelo swinging on a swing. He gets off and asks Ojo to try, but finds that she doesn't want to. She admits to being somewhat scared, but finds a compromise in starting out by first taking small swings. As Bear heads off into the living room for a nap, Tutter is disturbed by the "tick-tock" of the skunk clock, mistaking it for a real skunk. He's scared by it, but eventually comes to realize that it's not actually alive and is nothing to be afraid of. Out at the Otter Pond, Pip and Pop play a game called "Double D Dare." When their daring starts to get dangerous, Bear suggests that they think of things to do that are silly, but not potentially dangerous. Sometimes, if you're scared to do something, there may be a very good reason for it. 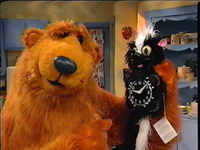 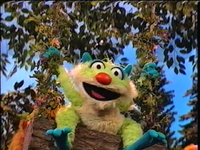 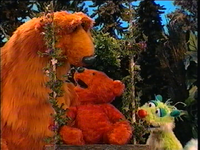 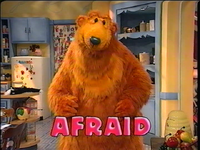 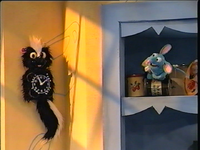 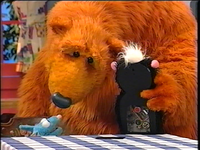 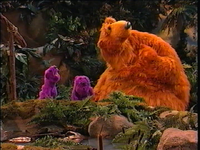 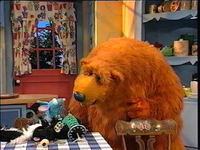 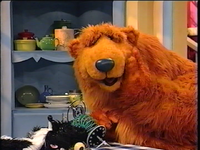 Retrieved from "https://muppet.fandom.com/wiki/Episode_302:_Nothing_to_Fear?oldid=1327952"
Community content is available under CC-BY-SA unless otherwise noted.