Guest star Gilda Radner faces several problems: initially, her request for a seven-foot tall talking parrot gets messed up by bad handwriting, making her sing operetta with a giant carrot. Later, Bunsen Honeydew tests Muppet Labs' new super-adhesive glue on her, but the glue accidentally gets everywhere, and everyone and everything gets stuck together.

The backstage scene following the melodrama.
Floyd telling Kermit that Gonzo's eyes are glued to the television set. 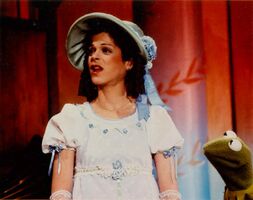 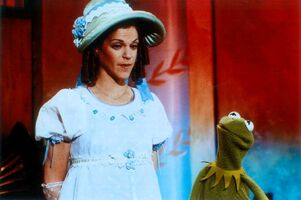 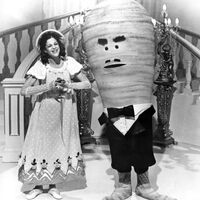 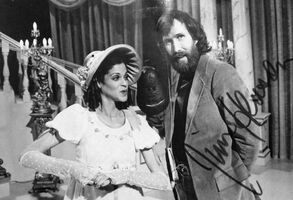 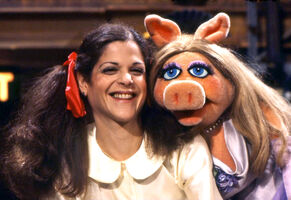 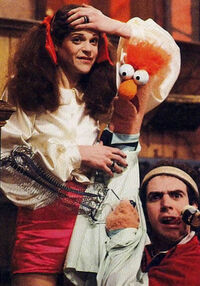 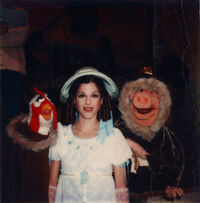