Floyd is unhappy with the closing number -- the jousting scene from Camelot -- in which he has to play a knight, complete with heavy armor. The number also includes the mysterious Black Knight, whose identity might be revealed by his distinctive, hook-nosed mask. At the last minute, they find that they can't afford the rights to Camelot's music, so they substitute tunes from West Side Story, Annie Get Your Gun and Hello, Dolly!, not to mention My Fair Lady. 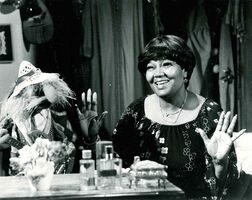 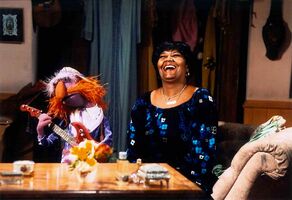 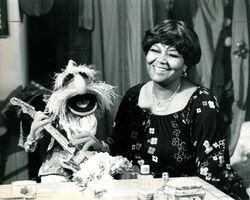 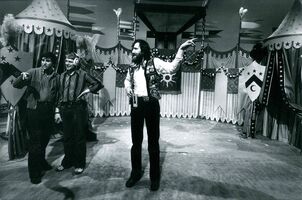 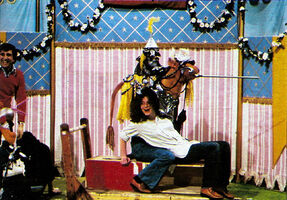 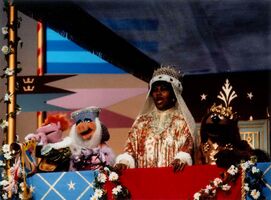 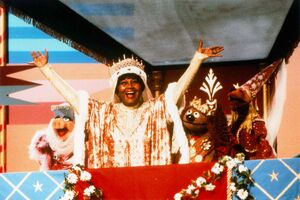 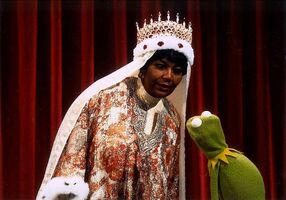 Add a photo to this gallery
Retrieved from "https://muppet.fandom.com/wiki/Episode_305:_Pearl_Bailey?oldid=1231939"
Community content is available under CC-BY-SA unless otherwise noted.