Today is Ojo's birthday, and a lot of things are planned for it. Bear checks the mail and finds birthday cards for Ojo and... a package? Suddenly Treelo pops out surprising Bear, and they share a good laugh. Bear welcomes the viewer inside and explains that everybody else has a surprise of their own planned for Ojo--Ursa is stopping by for the party! Ojo happens by and opens some of her birthday cards with Bear--a feathery card from Lois, a talking card from Doc Hogg, and a card from Ursa shaped like a Mexican fan. Ojo takes Bear aback when comments that she wishes Ursa could come to her party, but Bear maintains his composure.

Later, Bear goes to get wrapping paper for Ojo's present and tells Pip and Pop about the big surprise. The two eager otters nearly spill the beans to Ojo, but Bear explains to them why it's important not to tell Ojo--if she knows Ursa's coming, then it won't be a surprise anymore. Pip and Pop decide instead to make their own surprise for Ojo and run off to prepare it (getting surprised by Treelo along the way).

After Ojo's present is wrapped, Bear hears a story from Shadow about surprises and checks up on Tutter, who is in the kitchen making Ojo's birthday cake. Unfortunately Tutter's run into a predicament--a blueberry blob is covering up the surprise ingredient in his recipe book. Bear helps Tutter problem solve and gives him the idea to put his own surprise ingredient into the cake. Just as Tutter's getting started, Treelo jumps out again and frightens him. Bear decides that now might be a good time to have a little talk with Treelo.

Treelo surprises Bear again in the attic. Bear explains that while some surprises can be good, the wrong kind of surprise can be scary. Realizing that he has to take others' feelings into consideration when he surprises them, Treelo decides to give Ojo a good surprise for her birthday instead.

Finally, it's time for the party and everybody shows Ojo their surprises. Pip and Pop give Ojo a horsey on a stick, Tutter reveals the surprise ingredient in his cupcakes (honey!), and last but not least, Treelo answers the door for Ojo's surprise visitor... Ursa! Afterwards Bear has one last surprise for Ojo--a music box.

That night, Bear tells Luna about Ojo's party. Before Luna returns to the night sky, she quips that "everybody would be quite surprised if there was no moon." Bear says goodbye to the viewer and adds that it's always a nice surprise when they visit. 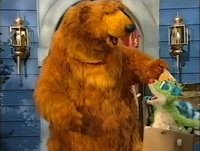 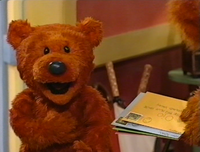 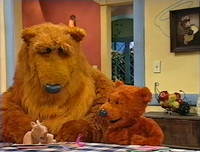 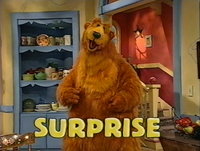 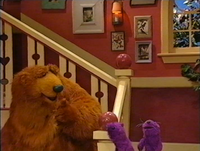 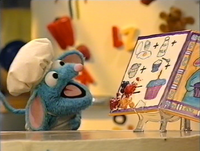 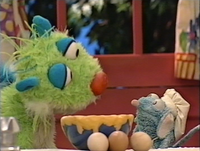 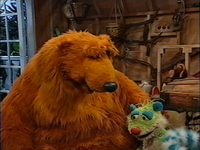 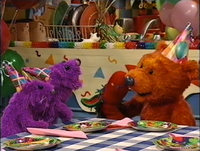 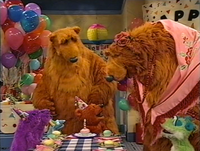 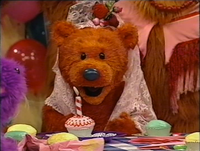 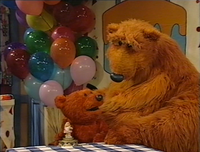 Retrieved from "https://muppet.fandom.com/wiki/Episode_306:_You_Never_Know?oldid=1240041"
Community content is available under CC-BY-SA unless otherwise noted.