After Nanny's newspaper gets too wet for her to read, the Babies decide to make their own newspaper for Nanny.

The babies all wake up from dreaming and ready to start the morning with breakfast. As they eat, Nanny complains that the rain has ruined her morning paper. Baby Kermit proposes they cheer her up by making a newspaper of their own. He names himself the editor and the other babies assume their roles - Baby Rowlf will be the music reporter, Skeeter will report on sports, Baby Piggy will write the movie reviews, Baby Gonzo is the photographer (hoping to get photos of the alien life of Mars) and Baby Fozzie and Baby Animal work on the comics.

Fozzie starts drawing "Fozzie's Funnies," but as he and Animal imagine themselves in the panels, he suffers from all of various text bubbles. Baby Piggy types out her review of The Phantom of the Opera (though severely misinterprets the plot, combining it with other film franchises). She scores it a "minus-three." Skeeter commentates on a baseball game.

Gonzo scours the bottom of the couch for martians, believing he's found one (though it's just the stuffing). He finds himself on Mars and scours the planet for life, unaware that some nasty creatures are following him. Kermit orders Rowlf to interview one of Nanny's favorite rock bands, "the Big Band." Rowlf and Animal come across a large set of instruments. Rowlf delivers his review in the form of sheet music, unable to write using words.

Gonzo finally catches sight of the martians, who start to chase him. He drops his camera behind and some martians take their own photos with it (for eating). They follow Gonzo back to the nursery, where nobody believes him and just missed them as they run by. Gonzo sends them running back under the couch with the help of a robot in the closet.

Before going to press, Animal whips up some classified ads. The babies sing as they start printing their paper, "The Daily Muppet." Kermit is a tad dismayed that their end result is one single page, so Gonzo places a stack of blank pages in the middle ("Nobody every reads any of that inside stuff anyway."). Nanny is very happy when they deliver her their paper. 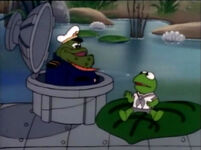 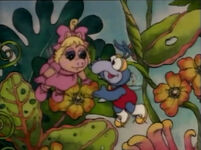 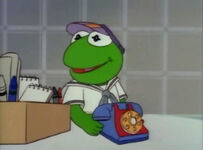 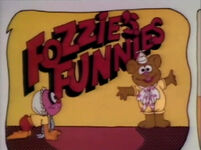 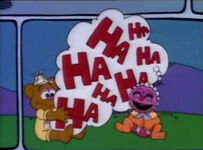 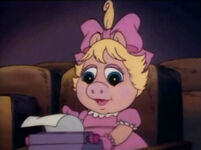 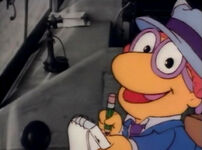 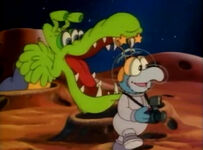 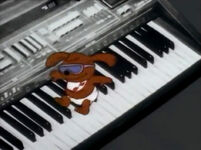 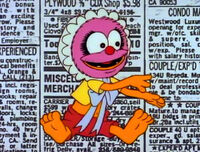 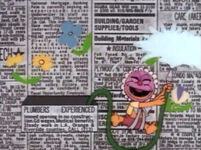 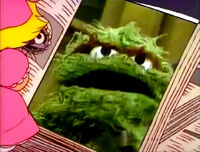 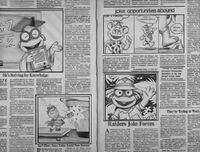 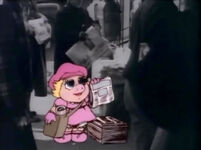 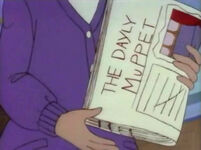 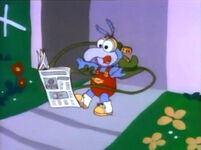