Fozzie goes to group therapy to become more assertive. He says he won't do his monologue because he doesn't need to use humor to buy friends anymore. When Kermit tells the audience that there won't be a monologue, Fozzie misinterprets their cheers as a sign that they love him, and he goes on anyway. Later, Raquel tells him that he's very sexy, and she sings him a song that boosts his confidence to the point that he decides to write "the world's funniest joke". 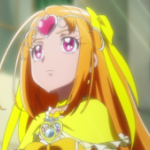