Although he initially loves the show, James talks Kermit into adding some "razzle-dazzle" to "dull, slow-moving acts" like the Swedish Chef. After messing up several acts with his concepts, including Spanish dancers with the Chef, and chorus girls in Veterinarian's Hospital, James decides to downsize for his closing number... to the point that he's the big man on stage!

Jim Henson as Kermit the Frog, the Swedish Chef, Rowlf and Waldorf
Frank Oz as Fozzie Bear, Miss Piggy, Sam the Eagle, Animal and Stagehand
Jerry Nelson as Robin, Thog, Floyd, Chester Pugh and the Bust of Beethoven
Richard Hunt as Scooter, Janice, Wayne and Statler
Dave Goelz as Beauregard and one of the Dancing Sponges
Louise Gold
Steve Whitmire 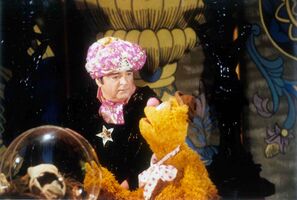 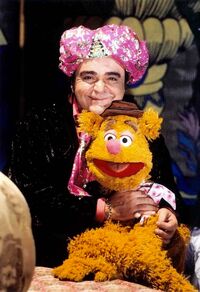 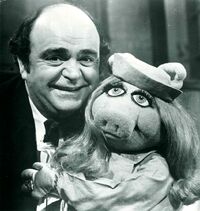 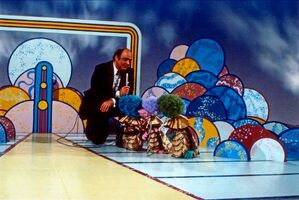