Kermit tells his new janitor, Beauregard, to clean up the theater and use some elbow grease. Unfortunately, the utterly incompetent Beauregard, after not finding any elbow grease, uses axle grease, which causes everyone to slip around. "Beauregard, what kind of an idiot are you?" Kermit exclaims. "Oh, I didn't know there was a choice!" Beauregard answers.

Later, Beau greases up a spot on the stage, which ruins Fozzie's dance number. Kermit tells Beau to spread a little sand around the greasy areas, and Beau covers the backstage in huge sand dunes. Then he sweeps the sand onto the stage -- so at the last minute, Kermit changes the closing number to an Arab desert number, in which Helen dances with Sopwith the Camel.

Jim Henson as Kermit the Frog, Rowlf, Waldorf, the Newsman, one of the Australians and the Swedish Chef
Frank Oz as Miss Piggy, Fozzie Bear, Animal and Stagehand
Dave Goelz as Beauregard
Jerry Nelson as Floyd Pepper, a Pig, the Bust of Beethoven, Sopwith the Camel and the Announcer
Richard Hunt as Scooter, Janice, Statler, Gladys, a Pig, and the Arab
Steve Whitmire as the Recording Director
Louise Gold as Pigs and one of the Australians
Roger Knight as Roger (voice; uncredited) 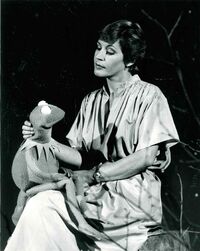 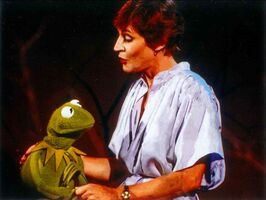 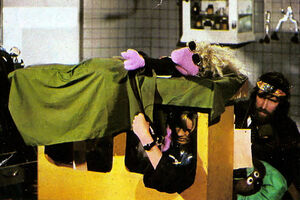 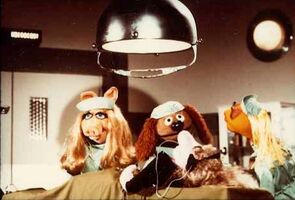 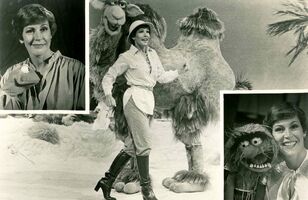 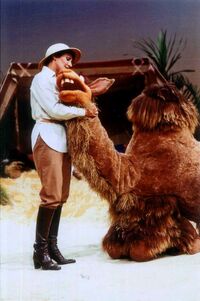 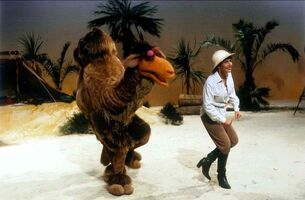