Despite Kermit's insistence that everything on the show is spontaneous, Fozzie Bear decides it needs scripts. He tries his hand at scripting the show while it's actually going on, but his scripts are extremely confusing. He gives up when his tie gets caught in the typewriter.

This episode represented one of the closest collaborations between The Muppet Show creative team and the guest star. This was contrary to the norm, where generally, apart from asking the guests if they wanted to work with a specific character, the scripts were shaped entirely by the writers. Jim Henson recalled the process:

“Sometimes a star can make a big contribution to the script. Harry Belafonte was enthusiastic about doing the show, but he wanted to be sure it was worthwhile, and he worked very closely with us, which led to some wonderful things like the piece with the African masks.[1]”

Belafonte himself spoke in detail about the experience:

“I seldom do television appearances, but I have always had the highest regard for Jim Henson's taste and artistry, so when I was invited to be a guest on The Muppet Show, I saw that this might be an opportunity to do something very worthwhile. I had a long talk with Jim in California at about the time he was beginning work on The Muppet Movie, and -- given that I have a more than casual interest in Third World music -- I proposed to him that the show might provide the occasion to take a look at the lore and history of other worlds, other places.[2]”

Belafonte compiled a tape of songs from around the world, and selected four to discuss with Henson and David Lazer. "Turn the World Around" was selected, and designers at The Muppet Workshop did background research on African masks, to serve as the chorus. While these would be patterned very closely on real African masks, Henson was very particular about selecting the final designs, since as Belafonte recalled, "he didn't want to cause offense by choosing masks that would have some religious or national significance."[3]

In addition to "Turn the World Around," Henson had pointed out to Belafonte that standard material was also required, to help entice the audience. Thus, it was agreed that Belafonte would sing his hit "Banana Boat" and "have a drum duel with Animal, because Animal is a favorite character of mine."[4] Belafonte felt that the first script read-through was "so dry, so dull, so wrong." When the second read-through was performed with the puppets, everything came together. One scene which was cut from the final episode required Belafonte to argue with one of the Muppets:

“It didn't work and Jim explained to me that a certain kind of anger never could work in the Muppet world, no matter what kind of mischief you were reacting to, because the characters are incapable of acting in a truly immoral way, they are free of greed and avarice and all those things that afflict the human condition. Once I understood that, everything became easy."[5]”

This "Turn the World Around" number has since become a favorite clip, used in documentaries like The World of Jim Henson, to illustrate that The Muppet Show could address wider concerns and seriousness. Belafonte also sang "Turn The World Around" at Jim Henson's memorial. 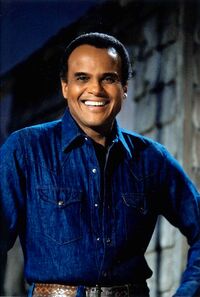 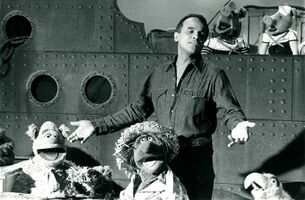 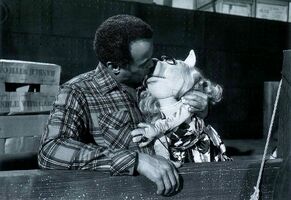 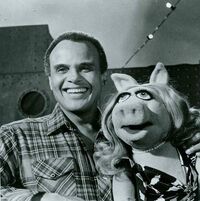 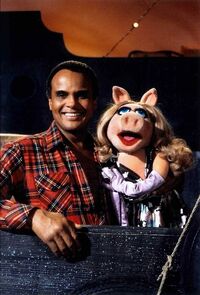 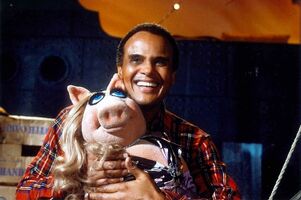 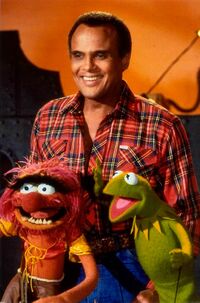 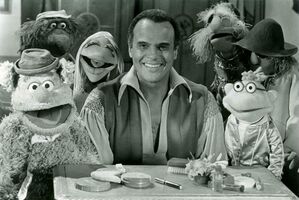 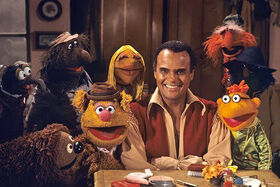 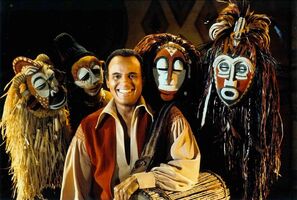 Retrieved from "https://muppet.fandom.com/wiki/Episode_314:_Harry_Belafonte?oldid=1249078"
Community content is available under CC-BY-SA unless otherwise noted.