Gonzo unveils his new act: riding his motorcycle up a ramp and into Statler and Waldorf's theater box, having first taken the safety precaution of chaining them to their chairs while they were dozing. Of course, the bike doesn't even get off the ramp... the first time.

Meanwhile, Kermit doesn't realize that he's booked Lesley Ann Warren; he thought he was getting "Leslie and Warren, the knife throwing act". He's thrilled to learn that his guest star is the multi-talented Ms. Warren, but over the course of the episode, other ersatz guest stars approach, including Lesley and Warren, the Dancing Cucumbers, and a trio named Les, Lee and Warren.

Jim Henson as Kermit the Frog, Rowlf the Dog, Waldorf, Link Hogthrob and Dr. Teeth
Frank Oz as Fozzie Bear, Miss Piggy, Marvin Suggs and Sam the Eagle
Jerry Nelson as Dr. Strangepork, Luncheon Counter Monster, Warren the dancing cucumber and Lee
Richard Hunt as Scooter, Statler, a Muppaphone and Les
Dave Goelz as Gonzo, Beauregard, Leslie the dancing cucumber and Warren
Louise Gold as a Muppaphone and others
Steve Whitmire as others
Kathryn Mullen as others 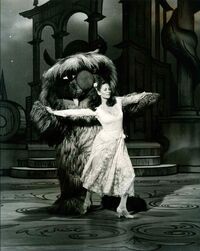 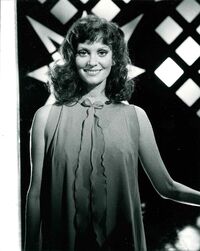 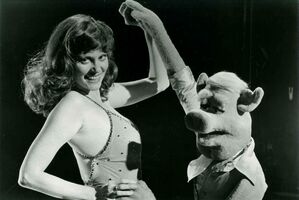 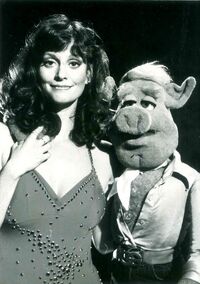 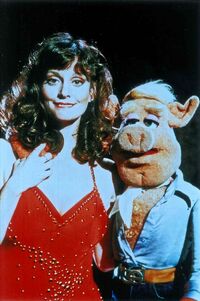 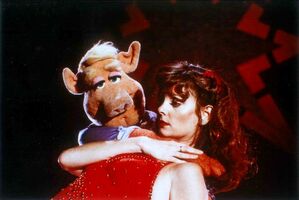 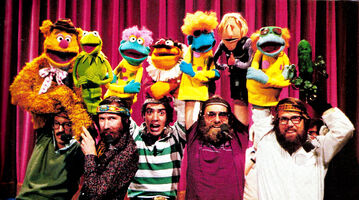 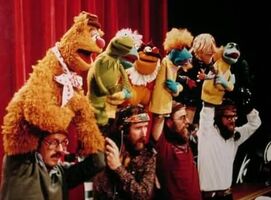